The west coast of the south island is magnificent. On one side is the Tasman Sea, a gorgeous coastline with beaches dotted along the way. On the other side are mountains with clouds catching on the top and rivers spilling down the sides. These two forces of nature aren’t usually seen in such close proximity. Rainforests and glaciers both fed by the ocean winds, one by rain, the other by snow. 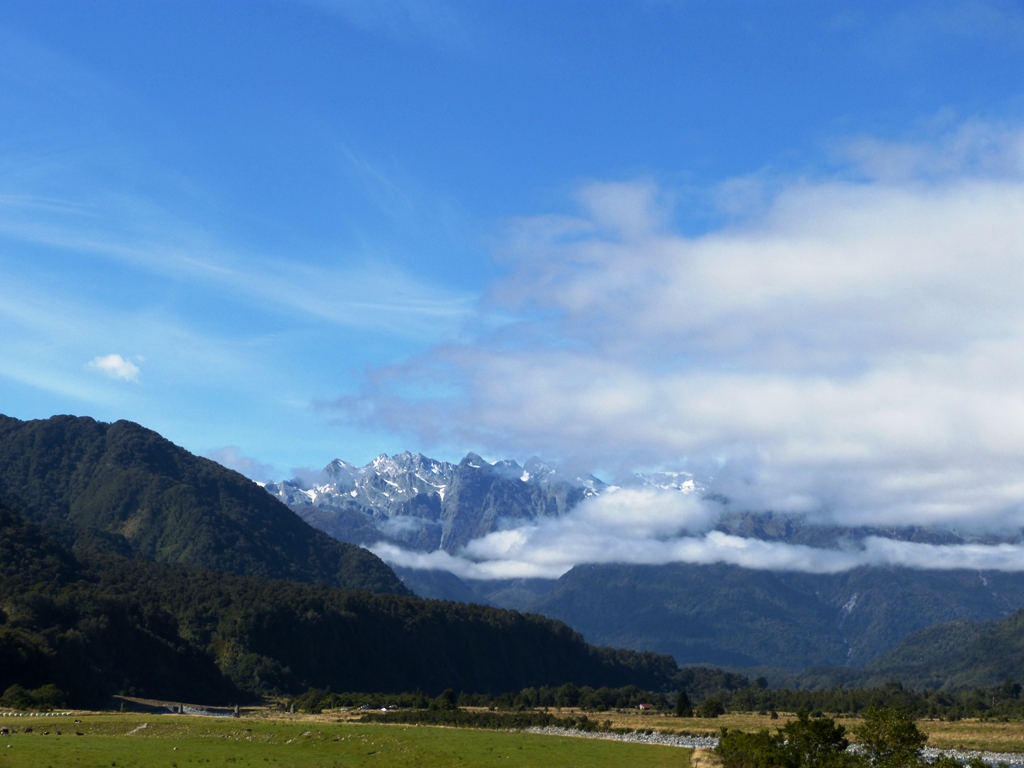 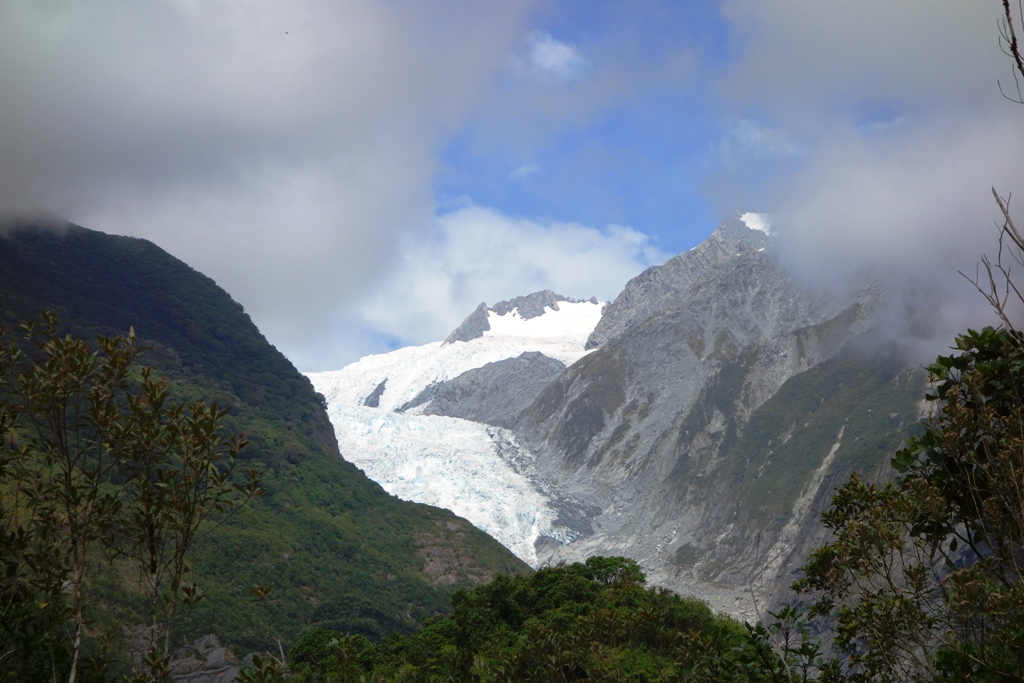 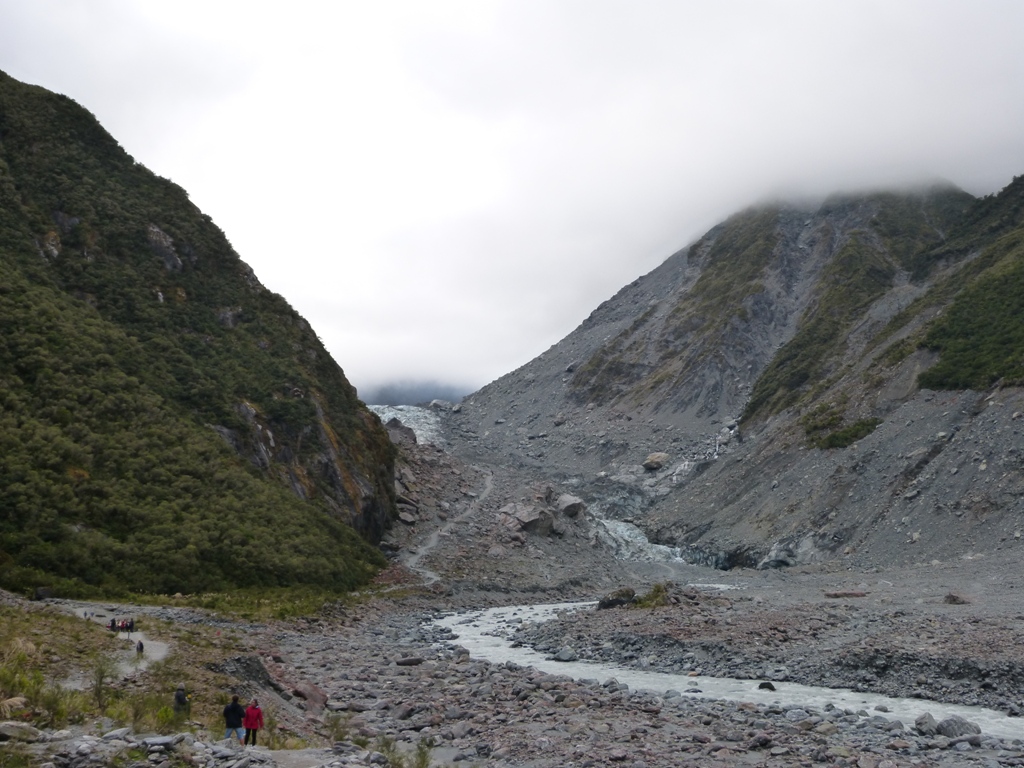 We hiked up Fox Glacier with the Fox Glacier Guide group, doing the all day hike with them. To do this, you get outfitted with proper hiking boots, thick wool socks, dry gear if you need it, crampons and a walking stick. 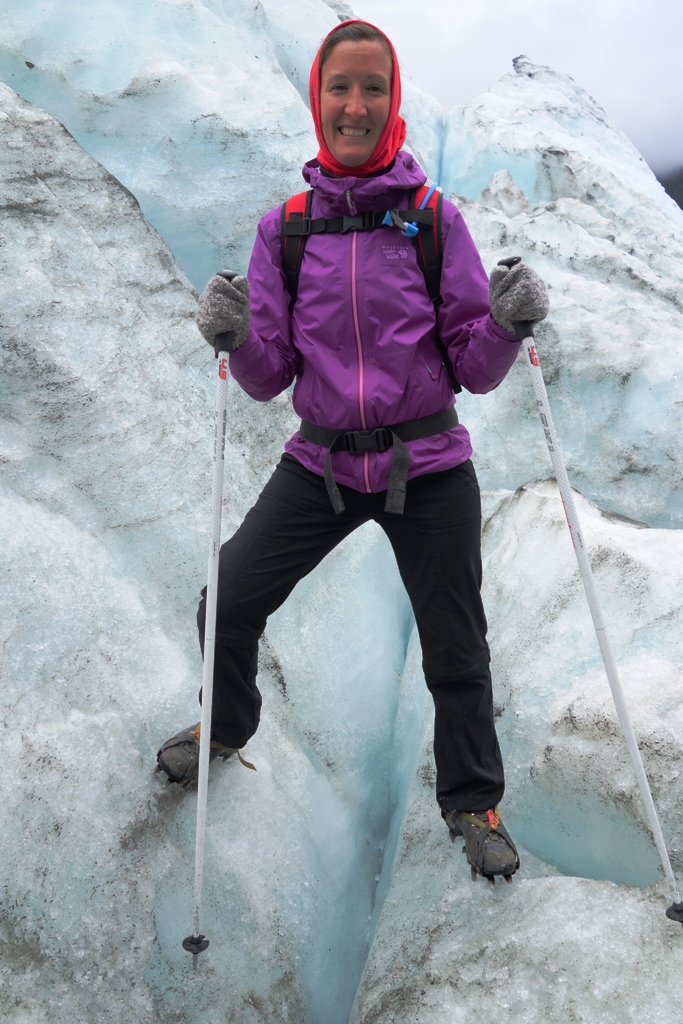 Geared up for the adventure. The gloves were really a good addition, don’t forget to ask for a pair

You start about a kilometer away from the face of the glacier and hike up the valley across the ground moraine until you get to the ice. 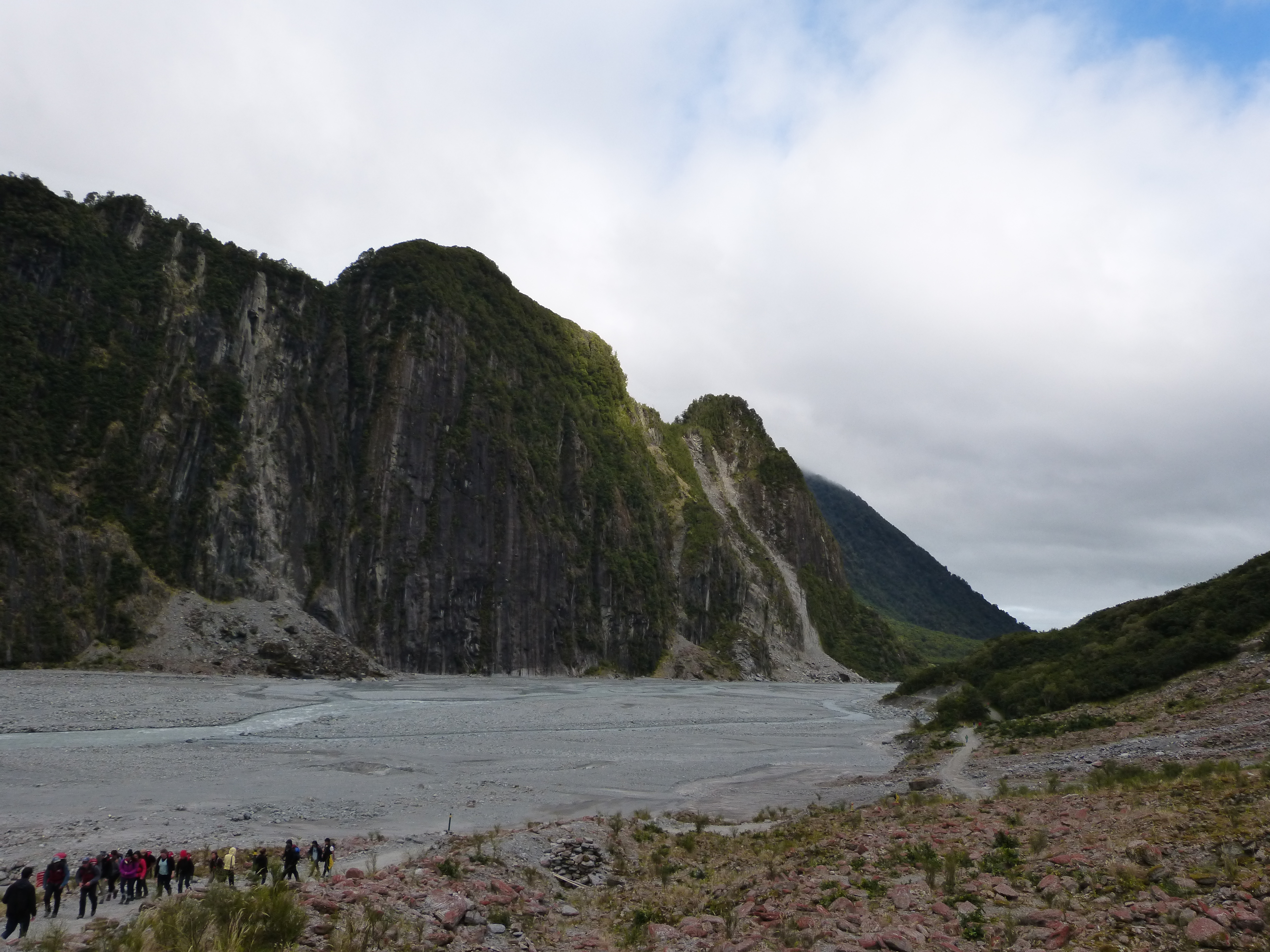 The valley up to Fox Glacier

From here, you don all the proper gear and the guide leads you up into the face. The beginning has stairs cut out for the half day visitors and tracks from where guides have found safe passage. 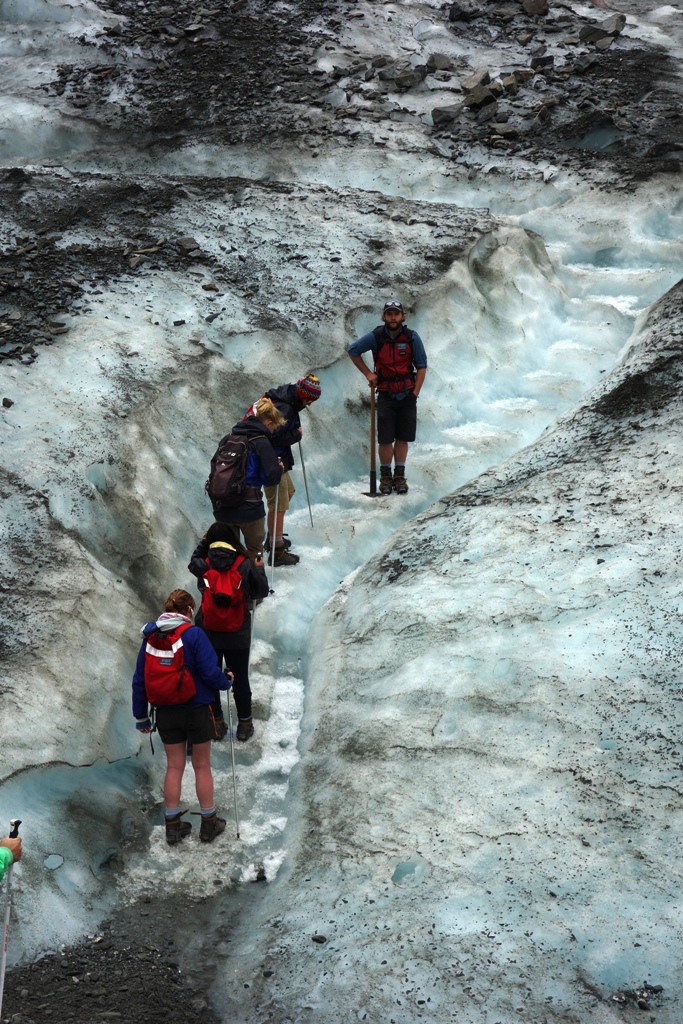 As you progress, you get out of the areas where there are cut steps and clear paths. The ice is covered in places with glacial till and you can think you’re just walking on the valley floor, until you look up ahead of you and see the rising tide of the glacier. Here the guide searches out a path, cutting steps where needed and routing the group through the face. You hike up, into and over a few crevasses as you make your way up the face of the glacier. 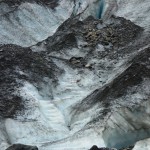 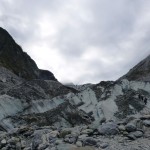 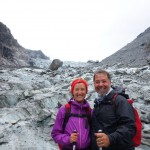 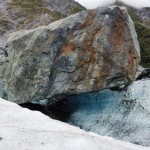 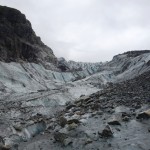 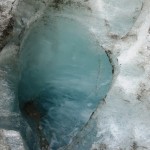 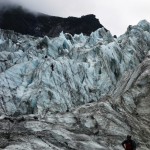 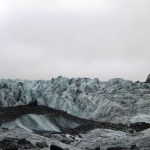 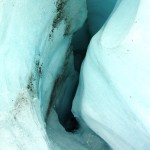 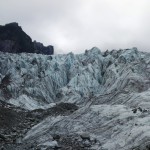 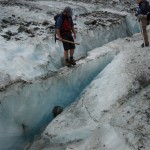 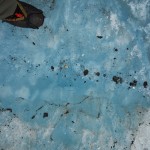 Both of these glaciers are in retreat. The snowfall at the top isn’t as fast as the melt. They’ve been in retreat for the last 100 years, off and on, but mostly in retreat. In the life of glaciers this isn’t a big deal, but to us, people, it’s a big deal. Franz Josef is only accessible with a helicopter now because the face has been cut off by a side river. Fox has retreated up the valley a few hundred meters and is looking to fall victim to the same change that Franz Josef underwent. If you want to hike on these glaciers without the helicopter flight, you should do it soon, or wait for them to advance again.

If you’re in this area, you should also make a stop at the West Coast Wildlife Centre, an organization that works to help the Rowi and Haast Kiwi. The center has an exhibit on Kiwi and on Glaciers, as well as an option to go behind the scenes and see how they take care of building these species back up. While we were there, they had just hatched a Rowi Kiwi two days before and we were able to see it with the back stage pass. 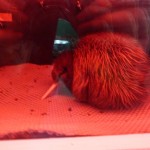 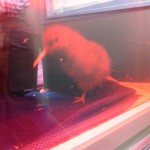 2 thoughts on “A world of ice”