Byron Bay is a great beach area a bit south of Brisbane and the Gold Coast. It’s known for its surf, it’s laid back nature and hosts many festivals year round. The downtown has a number of tasty restaurants and cafes to keep your interest if you are tired of the beach. Unfortunately, when we were there it rained, no, poured every day for most of the day. While this doesn’t really negatively affect the surfing, being on the beaches isn’t quite as much fun.

Not to be people to get disheartened, we did find a great little hike to do that wasn’t too bad in the rain. The Byron Bay Lighthouse has a decent walk attached to it. You start at the Captain Cook Lookout and head into the bush nearby hiking up to the lighthouse. The total trek is only a few kilometers so it’s not so long or so difficult a hike to make. The bush here does give you, or at least gave me, a sense of what this area could have looked like when Cook first stumbled on the area. (I have to admit that I just finished reading ‘Treasure Island’ again before coming on this hike. This might have heightened my sense of pirate adventure and added to the impression I took away.)

The walk along the coast was gorgeous even if wet. The rugged coastline, crashing waves and deep azure water rewarded us for ignoring the rain. Beaches on both sides of the cape had surfers on them getting some decent waves. On this walk you do go to the most easterly point on the Australian mainland. An interesting fact we didn’t realize until we were there. Until New Zealand, this is the closest we’ll be back to the States. 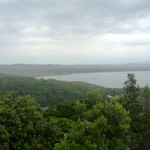 View back towards Byron Bay 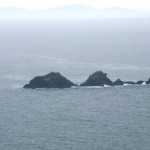 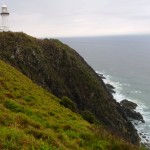 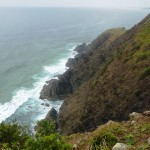 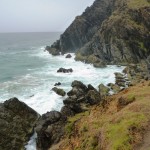 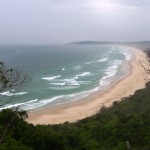 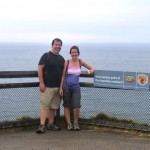 One thought on “Byron Bay and the Lighthouse Walk”