South of Noosa is a beautiful area called the Glass House Mountains.This area was named by Captain Cook (there he is again) in 1770 because these peaks stood out and reminded him of glasshouse foundries he knew of from back home.

These peaks do stand drastically out from the surrounding lands. They are remarkable to the eye, so we can see why they served as a good reference point for Cook sailing in 1770. As you investigate them and the information around them they become more interesting. They are solidified volcanic plugs, the insides of volcanoes that have had the softer sandstone above and around it eroded away, leaving the harder trachyte and rhyolite as you see the peaks now.

As we drove through the area, we were antagonized, for the lack of a better word, by a guinea fowl. This bird ran into the road when we were approaching it and then stopped. As we slowly edged forward, it would walk directly in front of us, but not move out of the way. If we tried to move around it, it would walk in front of the car again. It was one of the strangest things we’ve seen a creature do. 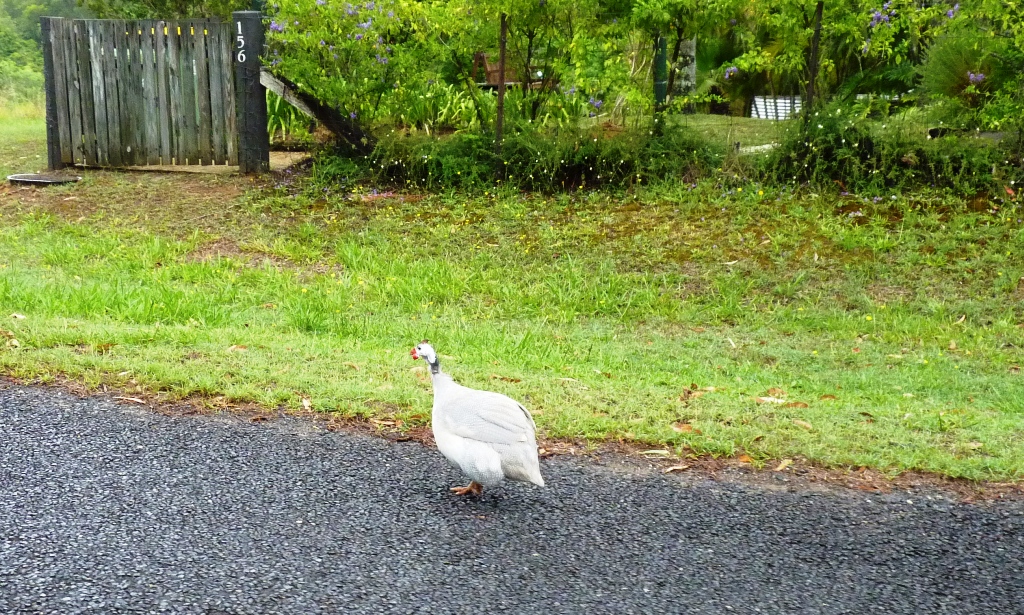 The guinea that chased us

We were not able to hike around Mt Tibrogargan, which was our intent, due to fires the previous night. The word at the information center was that fires had engulfed this one mountain the night before and lit up the sky. We were able to get near the mountain and see some of the impact. The control of the fire was interesting, stopping or being stopped on one side of the road and not spreading across. 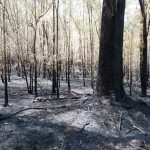 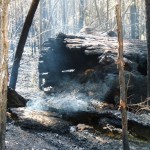 Fallen tree that is still smoldering 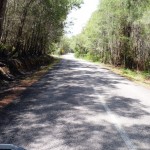 Fire stopped at the road

We did hike to the top of Mt Ngungun for some spectacular views. Mihaela got some great shots of the other peaks in the area. This hike, while only 2 hours total, was a reminder to us about bringing ‘enough’ water on a hike. The combination of unexpected heat, high humidity and thinking ‘it’s only 2 hours’ left us less prepared than we would have wanted. 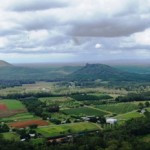 Panorama from the top of Mt Ngungun 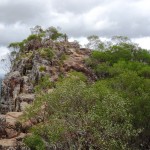 Hiking to the top of Mt Ngungun 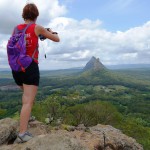 Mihaela on top of Mt Ngungun 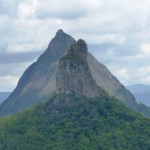 This area is really beautiful. Because we were limited in the hiking we could do, we drove north through a couple scenic drives. From Mary Cairncross you get a view back into the Glass House Mountains that is superb.

There are a few towns near that are worth driving to. North of this on scenic drive 23 you go into Montville and Mapleton. Both of these are quaint smaller towns that are worth exploring. The Kondalilla Falls near Montville have a nice hike to a beautiful swimming area. If we had more time we would have explored more.