As we wrap up our time in Australia, we swing back in to Sydney to return our campervan and spend a little time in the city itself. We had a taste in our initial landing, but it was quick. We arrived back in Sydney on 26th of January, Australia Day, a national day of celebration marking the anniversary of the 1788 arrival of the First Fleet of British ships at Sydney Cove. This was a cause for lots of drinking and barbecuing. So many people are out, they gush outside every establishment, like the Lord Nelson Hotel. We had to take this picture for the Nelson name of course. 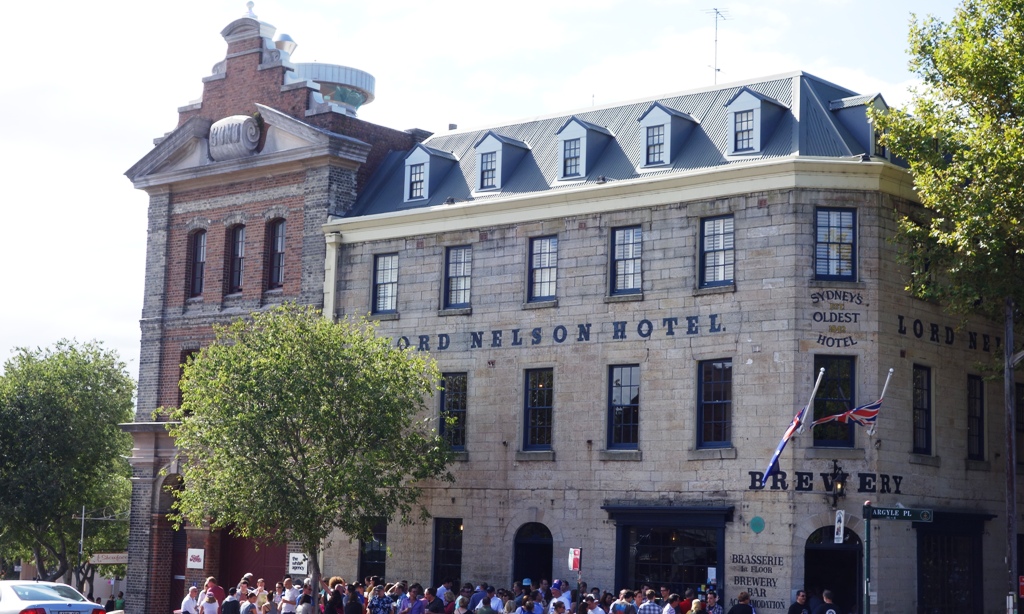 We got into town after noon and went walking around. Since it was Australia Day there were a number of events going on. We caught an Irish/Scottish heritage festival that was interesting. Nearby we found a little dim sum place and had a  late lunch while we watched the crowd. Sydney is a very cosmopolitan place, with many different peoples living close to each other. We walked around enjoying the day and took the opportunity to walk across the Sydney Harbour Bridge. The view from the bridge back over the city is amazing. 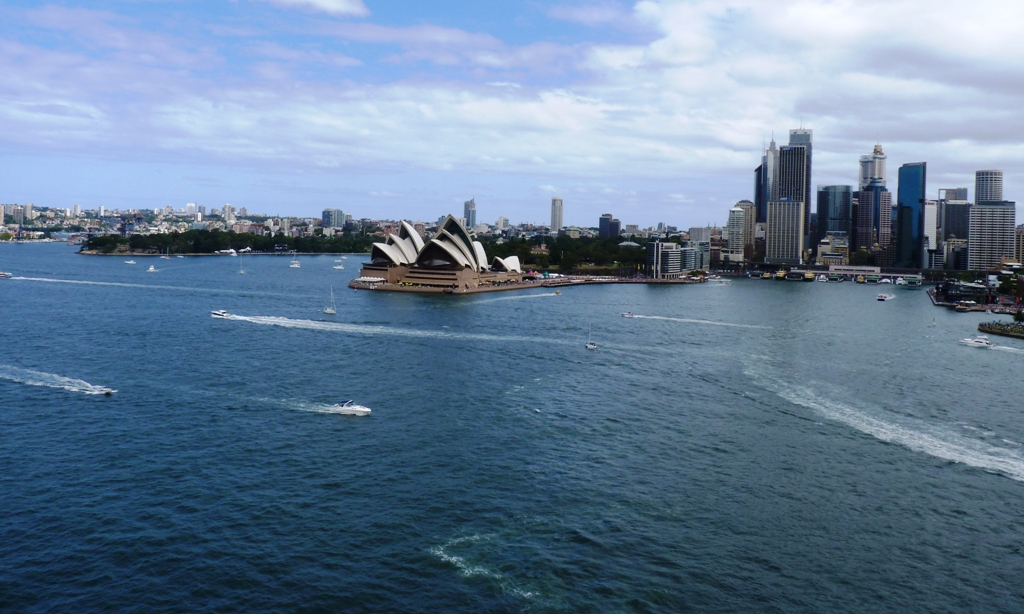 We spent a few more days in Sydney and visited some of the neighborhoods. We spent a day near Bondi Beach, walking the cliff top between the nearby beaches. The coast here is really captivating. The weather wearing on the stone, the nestled cove beaches and nearby parks all make this a very beautiful walk. Mihaela thought about surfing some more, but these waves and the crowds kept her admiring from a distance. 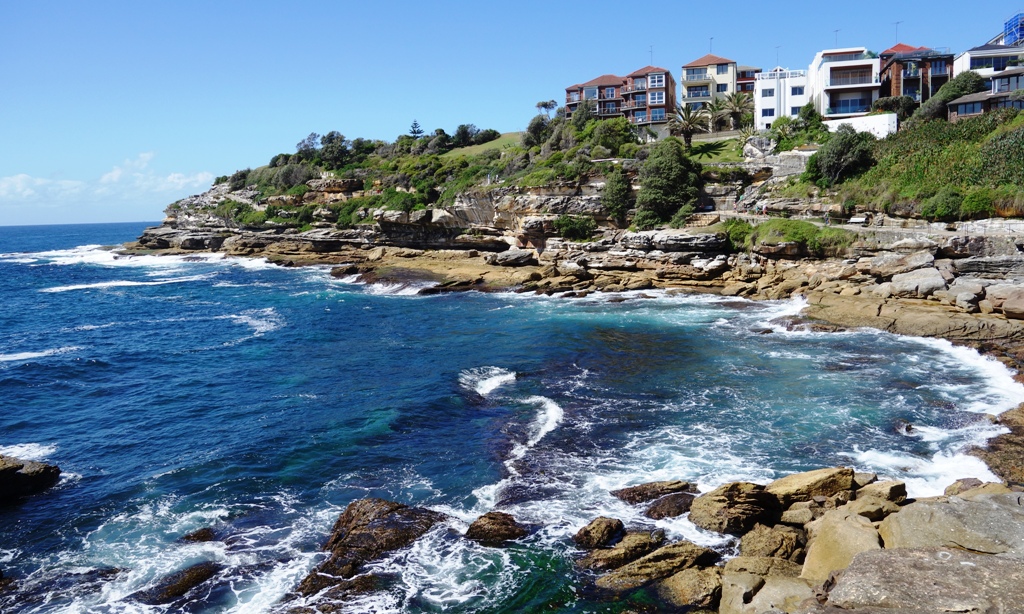 We were interested in some of the history of Sydney, so we sought out two icons. One was to go over to Darling Harbour, mostly in search of the replica of Captain Cooks ship, the HMS Endeavour. This was an interesting ship to see as it gave some context to the man we had been hearing so much about in our travels down the coast. The second attraction we sought out was the Hyde Park Barracks. Part of the story of Australia’s Prisoner past is conveyed here. If you are a history buff it’s worth checking out. 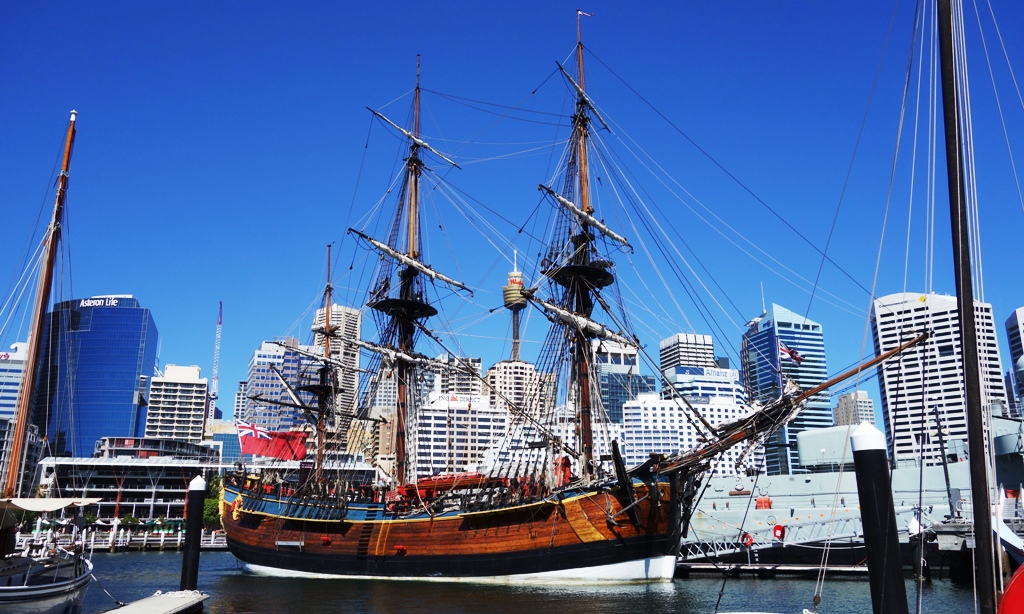 Another day we spent walking around the city, seeing the downtown area. We walked through the Royal Botanic Gardens and up to the Opera House. Mihaela loved succulent exhibit in the Botanic Gardens. Outside the Opera House along the water are a number of restaurants where you can sit in the sun and soak up some drinks. 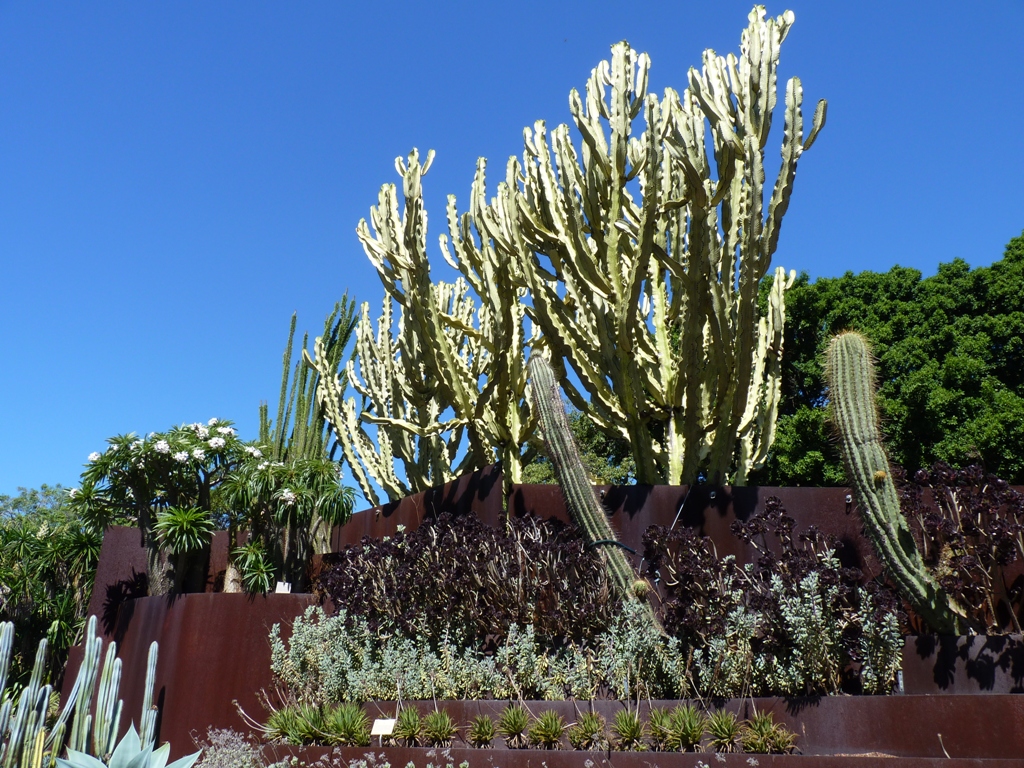 From here we walked over to the Rocks and played tourist a bit. This is an old part of the town that has kept much of the architectural feel of early Sydney. While we were here we did make some time to have a bit of kangaroo. We didn’t know what to think of kangaroo as a meat since we’ve not been exposed to it much. Our opinion? Mmmmm kangaroo steaks… 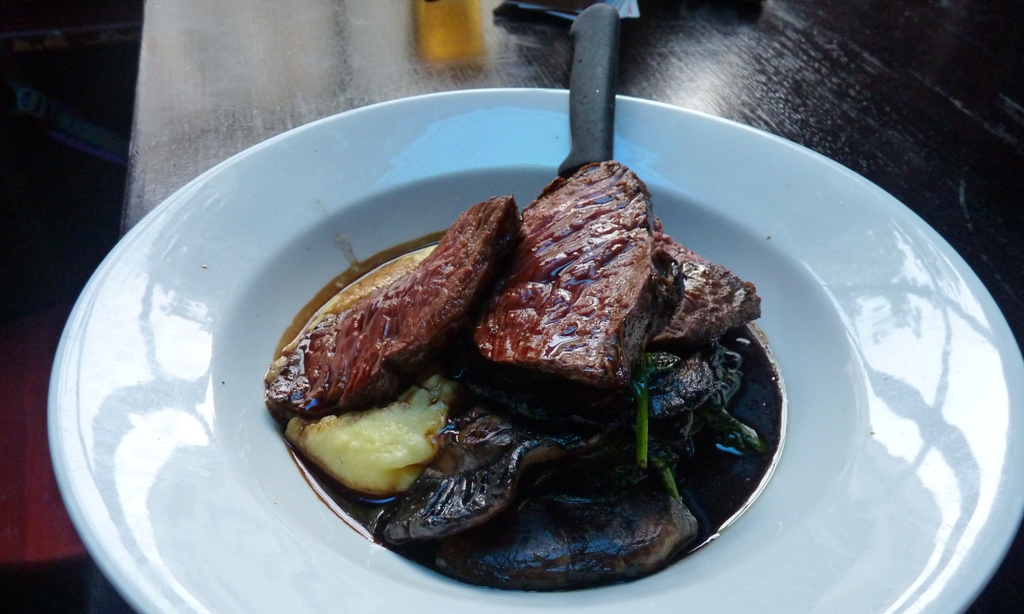 5 thoughts on “Highlights of Sydney”