When we were planning our trip to Indochina, we knew we wanted to spend a fair amount of time in Vietnam. We wanted to stay away from war tourism, so we started our venture into this beautiful country half way up the coast, in the historic town of Hội An. 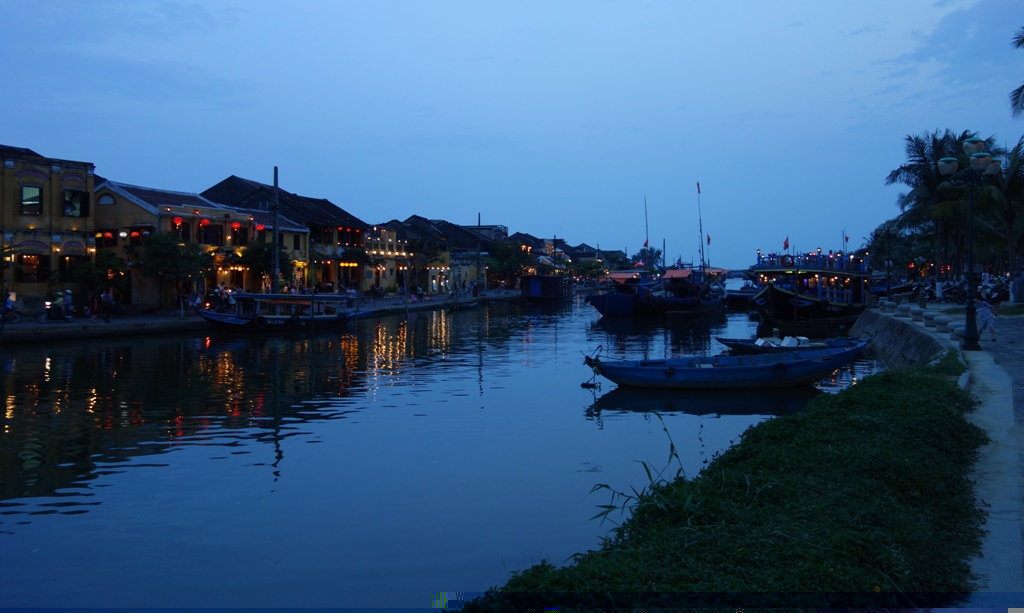 Historic and romantic Hoi An

Hội An, translated as “peaceful meeting place”, is the romantic version of Vietnam that is shown in many movies. As a Unesco World Heritage site, it has strive to keep its South-East Asian trading port look and feel, while it has struggled with a significant tourist trade. 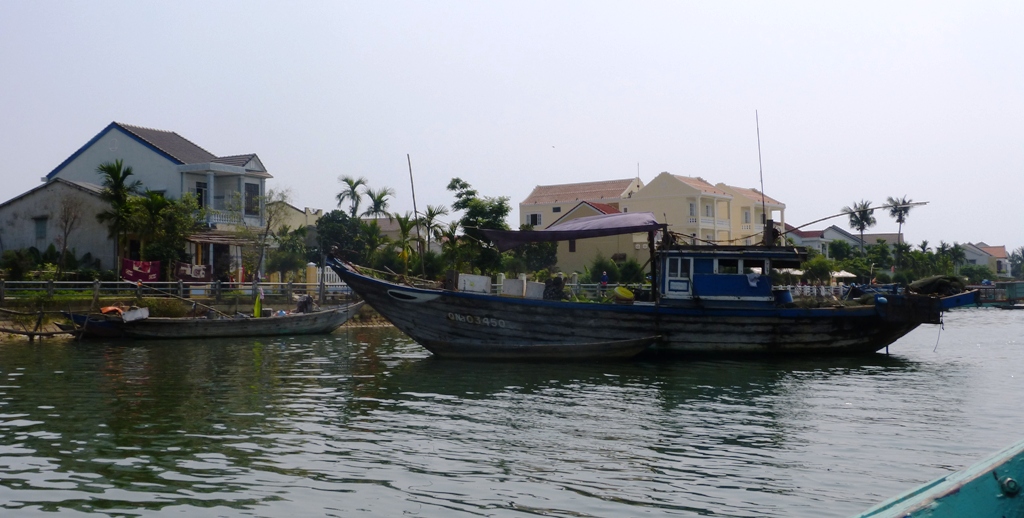 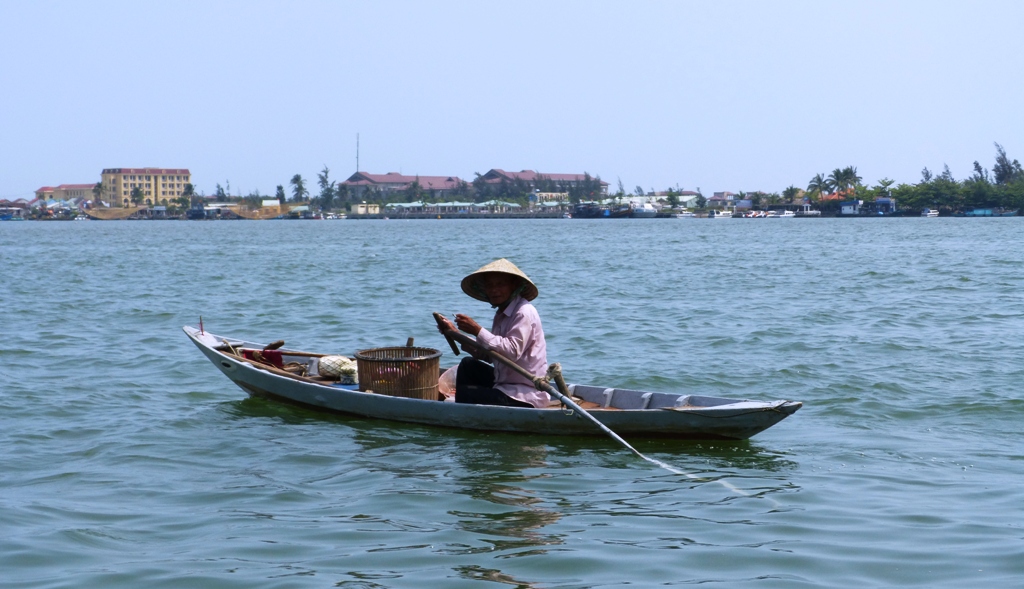 The city has been a significant trading port as far back as the 1st  century. The placement of the port on estuary of the Thu Bồn River made this a hub of activity. The Cham people lived and traded through these waters, controlling the spice trade inland from the 7th to 10th centuries. Mỹ Sơn is a Champa Wat, or place of worship for the Champa people, that can be visited when you are in the area. Hội An then became an important Vietnamese trading center in the 16th and 17th centuries, opening up access to China, Japan, India, Dutch and Portuguese traders.

This open trade has shaped this city. The houses and buildings in the historic area still reflect the Vietnamese, Chinese and Japanese traders who came and lived here. A few are mostly preserved through families still residing in the buildings and linking their personal heritage to the town heritage. Through these examples you can visit religious monuments such as pagodas, temples, communal houses and family cult houses. Examples of these are the Tan Ky house, a house of a well to do merchant built about 200 years ago, the Tran Family Chapel used for ancestor worship, or the Assembly hall of the Fujian Chinese Congregation. There is also the Japanese Covered Bridge built in 1590, the only bridge with a temple built into the side of it. When the French colonized through Vietnam, they flattened out the bridge so they could drive cars across it. The original shape has been restored since though. 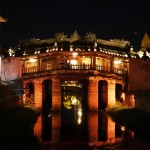 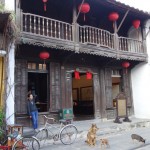 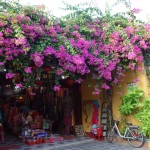 Bougainvillea makes the houses even pretier 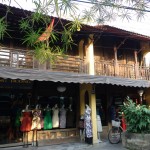 One beautiful ritual that is continued is the festival for the full moon. There is a walking bridge at the middle of town that crosses the river. When the moon is full, they light floating lamps and send them down the river. 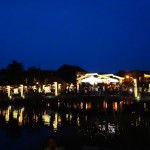 Hoi An walking bridge at night 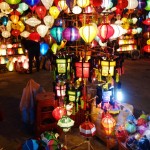 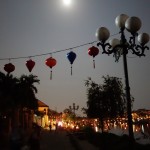 The full moon on the day of the festival

Other draws to the Hội An area are the beaches near by and the gorgeous scenery around the area. It’s super easy to rent a bicycle and peddle through verdant green rice fields to visit one of the near by towns or the local beaches. The traffic is a bit different than we were used to, so it took some nerve to get out into the flow of traffic, but once there we were moving along without any issues. The beaches are great for sitting in the sun and soaking up some rays while you jump in and out of the water. 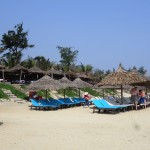 An Bang beach, a few kilometers outside of Hoi An 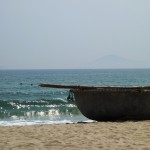 Hội An is a great place to get indoctrinated into Vietnamese street food. Some people I know have been scared by the idea of street food and believe that you’ll get sick from eating this way. What street food really means is a different way to think of a restaurant. Instead of a storefront where you go sit and be served, here the restaurant comes out to the street. This can take the form of a cart of fruit, or buns, or a small grill covered with meat on a stick, pushed along the road with the vendor calling out what they have if they need to. It can take the form of a fire burning on the side with someone roasting corn and potatoes. It can take the form of a grill and some burners with large pots cooking away with small tables and chairs by the riverside. My favorite is the woman carrying a pole on her shoulder with a small stove and simmering pot suspended on one side and bowls, spoons, herbs, peppers and other accouterments on the other side, all perfectly balanced as she and her mobile restaurant move around the town.

Some of the tasty things we had from these fabulous places were things like Cao Lầu, a specialty dish of Hội An made up of the signature cao lầu noodles, slices of pork, sprouts, and herbs, which is then finished with a few spoonful of stock. 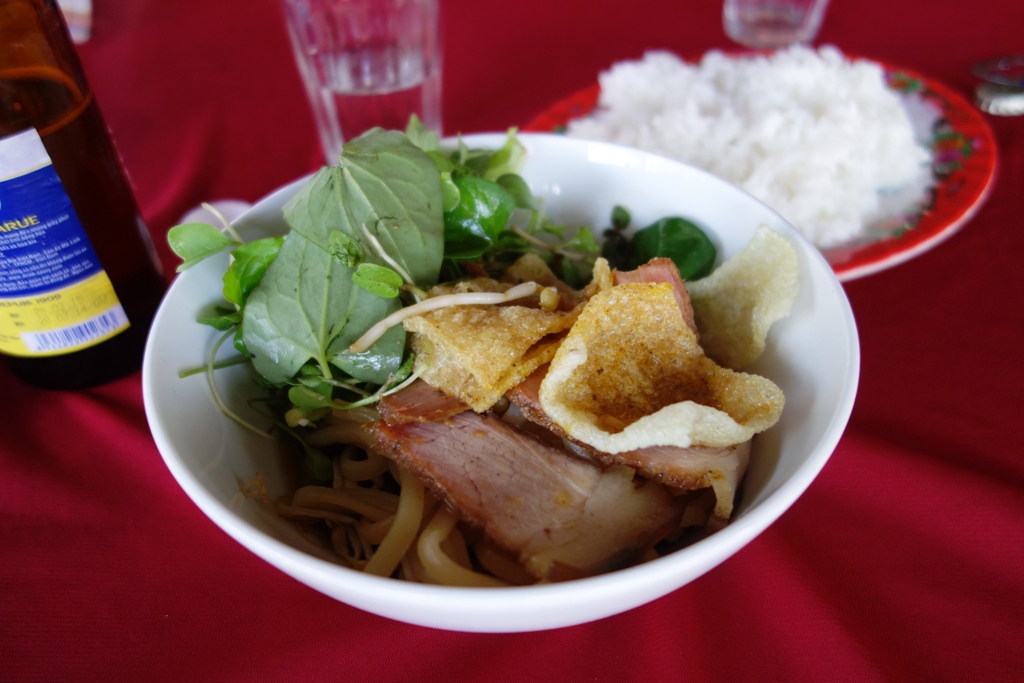 Another Hội An specialty is known to the tourists as White Rose, to the locals as Bánh bao vac. It is a shrimp dumpling made using two round sheets of rice paper, then formed with the fingers to be like a primrose blossom. My favorite was a simple Com Ga, or chicken and rice. Despite being so simple, the way it’s prepared keeps the meat very moist, flavorful and so wonderfully tasty.

The downside of this history and culture is that many people want to visit this area. The increased tourist traffic opened tempting doors for long historied families to sell their houses to merchants. The management of the area has been lax which also facilitated these sales. Now, most of the historic family houses that helped earn the Unesco attention have been sold or converted into shops. The buildings kept the external look, but instead of the family who lived there you’ll find a tailor shop. The floating lanterns aren’t reserved for the full moon anymore either. Every night there are peddlers offering to float a lantern for you if you want. The rampant tourism detracts a little bit from the beauty, but we can over look it. I hope over time the people here will find a way to manage the balance between tourism growth and holding on to what draws people here.