After Dunedin, we headed north, stopping through Christchurch to pick up a visitor, my sister, Jacqueline. She took some time out of her schedule and came to visit us on our adventure. After picking her up at the airport, we headed up the coast to the sleepy beach town of Kaikoura. 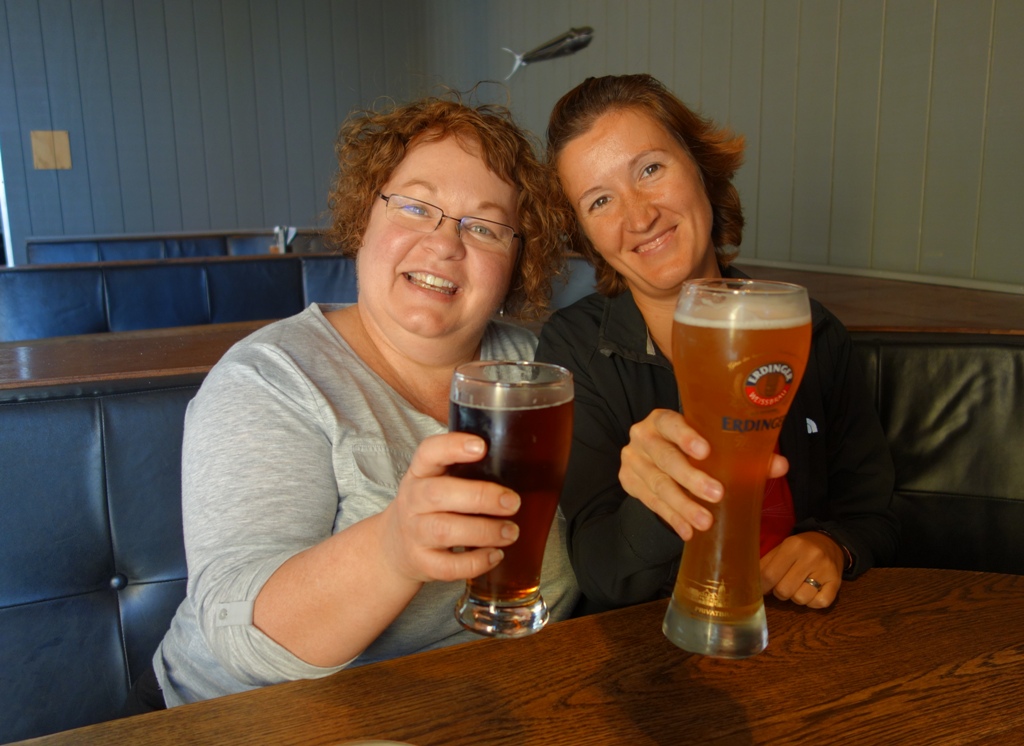 Kaikoura is known as being the place for crayfish, or spiny rock lobster. Back in the day, there were so many of the critters that they were sold on most corners. The town takes its name from Maori for it, Kai – food Koura – crayfish. The Maori history says that Tama ki Te Rangi arrived in the area many hundreds of years ago and was tired and hungry. He found an abundance of crayfish and named the area “Te Ahi Kaikoura a Tama ki Te Rangi” – the fire that cooked the crayfish of Tama ki Te Rangi.

Now, there is overfishing and huge demand from Asia for the fish. Now, when you want one, you pay about 100 NZD a kilo, cough… There still are crayfish, but no longer in the abundance or do the fish get to the size that they used to. In the Pier Hotel restaurant in Kaikoura there is a mounted crayfish that they estimate to be about 4.5 kilo and over 50 years old when it was caught.Kaikoura also has an abundance of fun to be had on the water. We chose this area to kayak because we understood we could kayak out to where some seals like to play. After seeing them and getting to watch them play on our previous adventures, we really wanted a chance to be on the water with them. Jacqueline was excited for this as well, so this was one thing we held out so she could join in.

We chose to do our kayaking with Kaikoura Kayaks and were very happy with them. Our kayaking adventure started out in the morning, where we were fitted out and put into double sea kayaks. 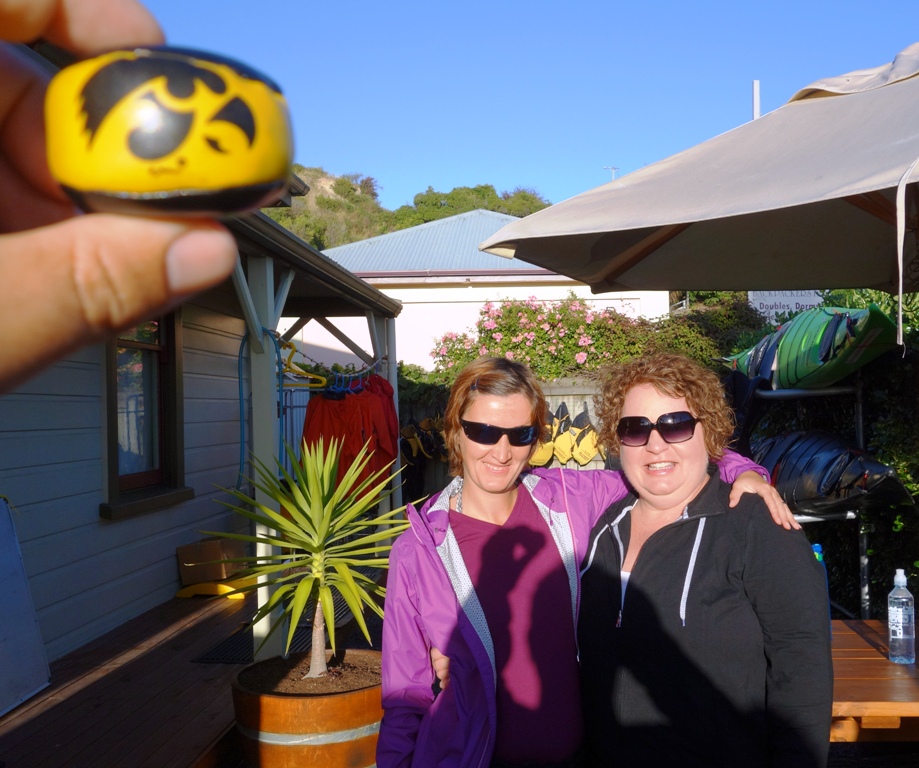 The day was clear, the wind relatively docile and the waves were cooperating. As we set out on huge waters, the guide spotted something unusual. The dusky dolphins live in this area in large pods. In the bay we set out for our seal kayaking was a pod of dolphins playing. After a quick conversation with the group, it was decided to go find the dolphins instead of heading around to where the seals were. Now this area is known for the dusky dolphin pods, but they aren’t usually in this bay or this close in, so it was a rare treat.

We paddled out about 3 kilometers to where the large pod was. On the way we encountered a number of smaller pods who were swimming in the waters around the bigger group.

Small group of dolphins around our kayaks

These were curious groups who it seemed took as much fun investigating us as we took in investigating them. A number of times as we paddled out, these smaller groups would swim near the group of kayaks and check them out. They would then tear off, since they could swim much more quickly than we were paddling, only to turn around for another pass at the kayaks. At one point, my kayak was moving at enough of a pace that a group of about 12-15 swam with us. They would keep pace and a couple would keep themselves off the bow of the kayak for awhile, sometime nudging the kayak here and there. It was a fun experience to have.

We caught up with the larger pod of dolphins about the same time that the dolphin swimming tour boats found them. This meant that in addition to 100 or so dolphins swimming in the area, a large boat would come into the middle and dump 20-30 people in wetsuits into the mix. It was entertaining to watch this as the dolphins kept moving around so then the boats had to suck up all their passengers so they could move to the front of the pods path again.

After watching the dolphins play for awhile we started back towards the beach. This is when they really playful nature of these dolphins started up. A good portion of the pod had moved ahead of us, between us and the beach. As we paddled back to the beach, a number of dolphins started to jump around us. Soon it was double digits jumping with a few doing flips as they went. Back at the shore the guides said that today was a low key day for the dolphins. Normally they do many more jumps and flips. They do this mostly to show off to each other. Think of it as a bunch of rowdy teenagers trying to see who can outdo their friends. What a wonderful paddle.

One thought on “Kaikoura, Visitors and Kayaking with Dolphins”