This has been probably the most fun post to work for, while discovering the beautiful New Zealand. It is a must have adventure even if you are not a fan of the Lord of the Rings movies. The places chosen for filming are amazing. Some very easily to get to, some very remote, they will showcase every type of landscape that this country has.

Visit the twin post “Cow’s lord of the rings – a remake” to see the results :).

I will post the pictures in the same order as the ones for the remake to keep the line of the movies, although you will can not visit them in this order. I will try to be very explicit as to where they are so you can put them in the order they are on the map. Or you can choose to look at this LOTR map I put together and followed while searching for Middle Earth. Some places have exact coordinates taken from the DOC site for LOTR filming locations. 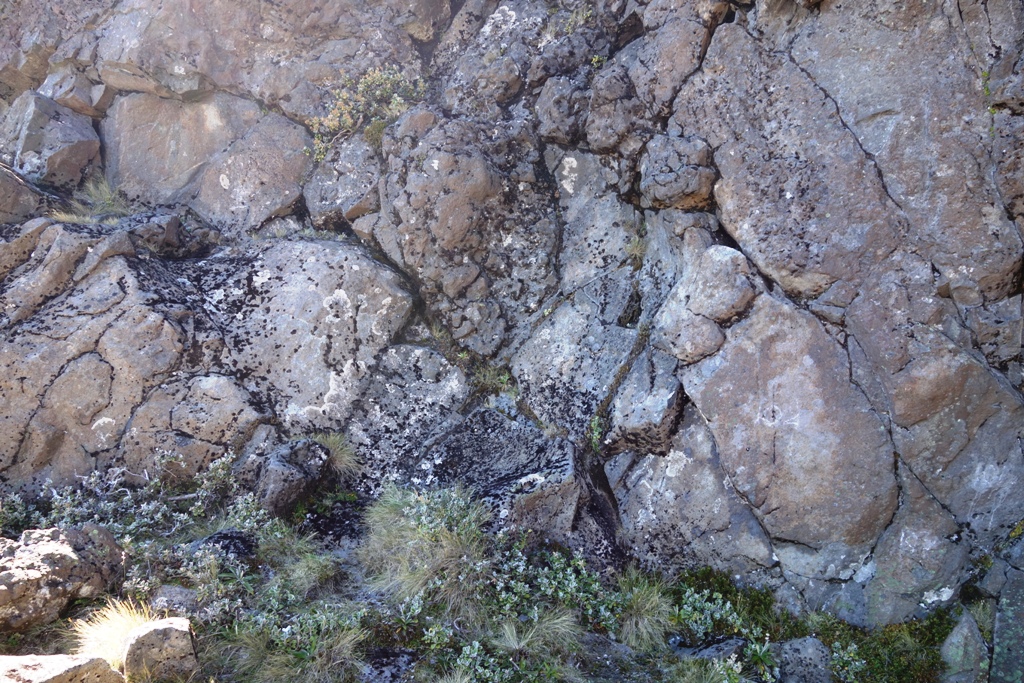 Drive up to Whakapapa ski area, for the scene where Isildur cuts Sauron’s finger and gets the ring. Park the car at the end of Bruce Road and head towards the ski lift closes to the shop. Pass the lift and continue to the left until you end up in a big wall (you will see it from the parking lot, it is hard to be missed). This is where the ring leaves Sauron. 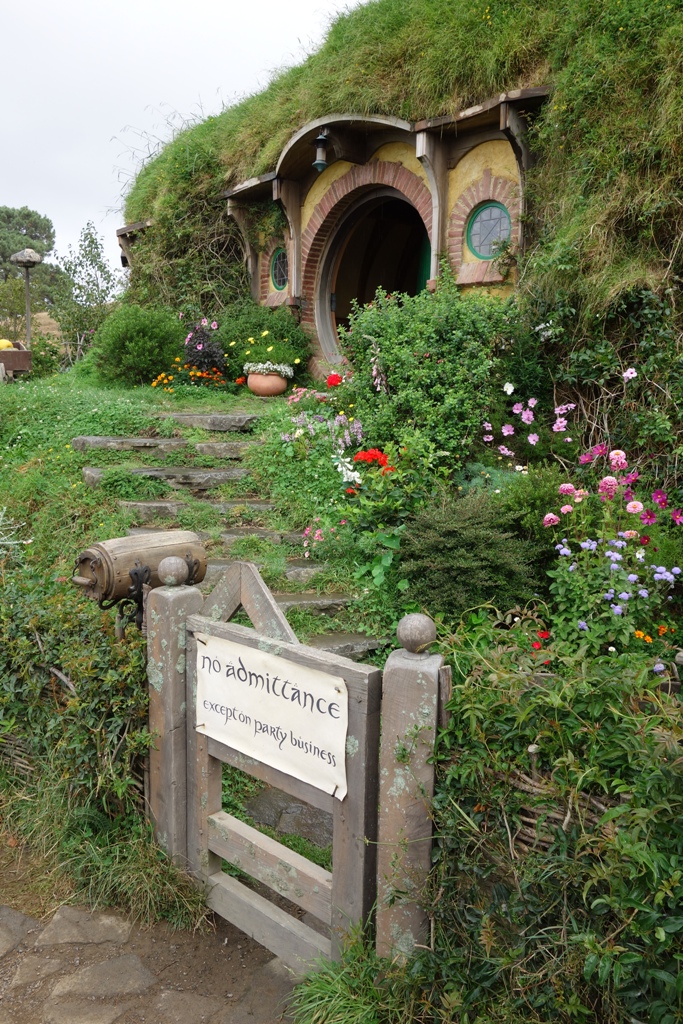 Private farm organizing tours starting from 501 Buckland Rd Hinuera Matamata 3472 New Zealand. The sets cannot be seen without being part of a tour. 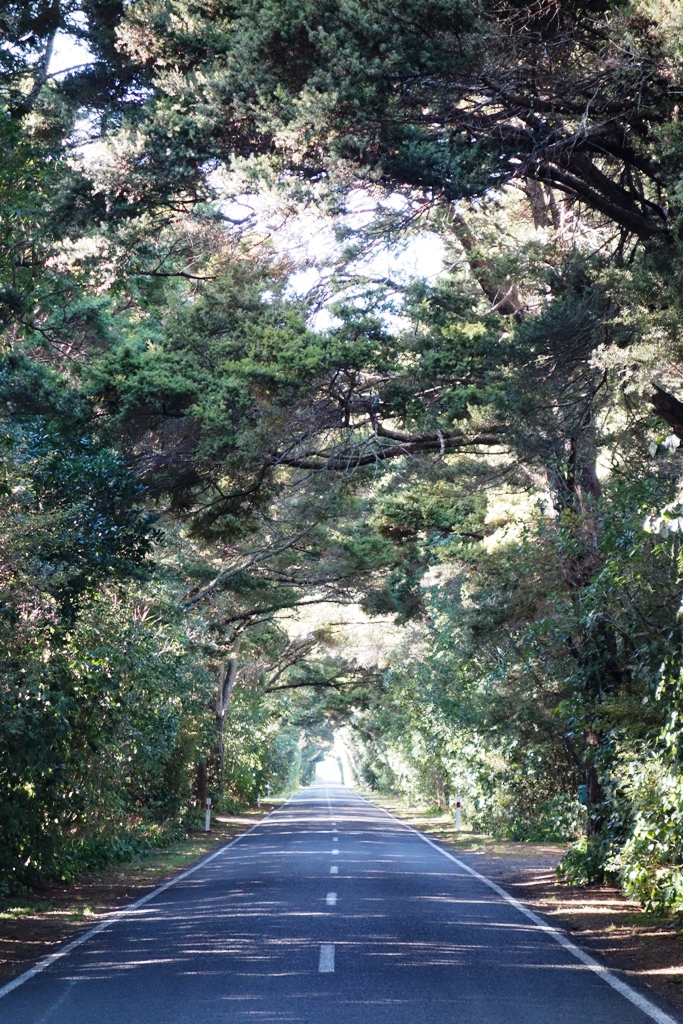 Otaki Gorge was used for Shire scenes like Gandalf taking Frodo and Sam out of Hobbiton, as well as some of the scenes where the Nazgul are looking for Frodo. The gorge is on the right side of SH1 as you come from Wellington, before Otaki town. Drive through the Otaki Gorge Road and you will be see movie scenes coming to life. 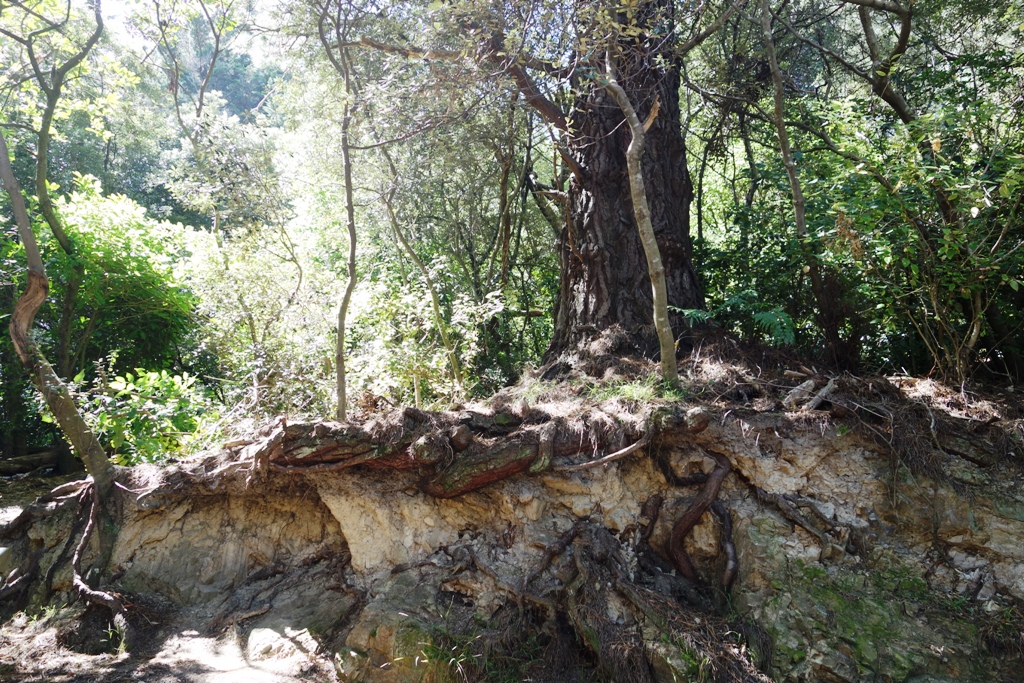 Mt. Victoria in Wellington was used to film the scene where the nazgul is almost catching Frodo and the other hobbits hidden under a tree. Not sure about the exact location used for this, but I found this big tree with interesting roots on the hike up to the view point. 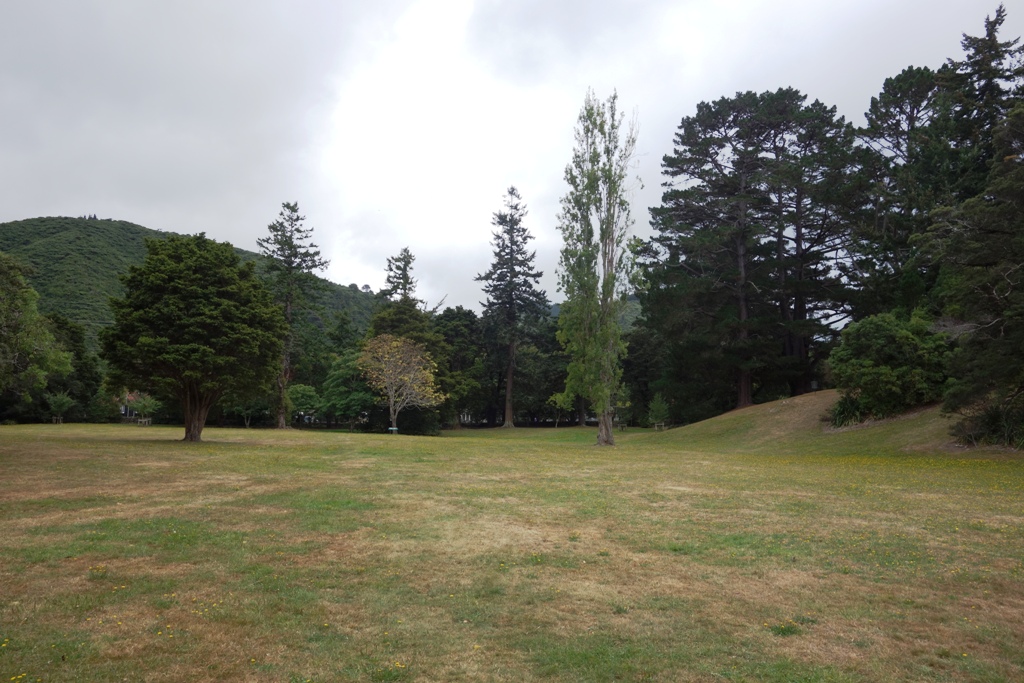 Wellington – Isengard – The gardens where Saruman welcomes Gandalf as a friend

Situated on the right side of SH2 towards Wellington, in upper hut, the Harcourt Park is one of the locations used for Isengard scenes. 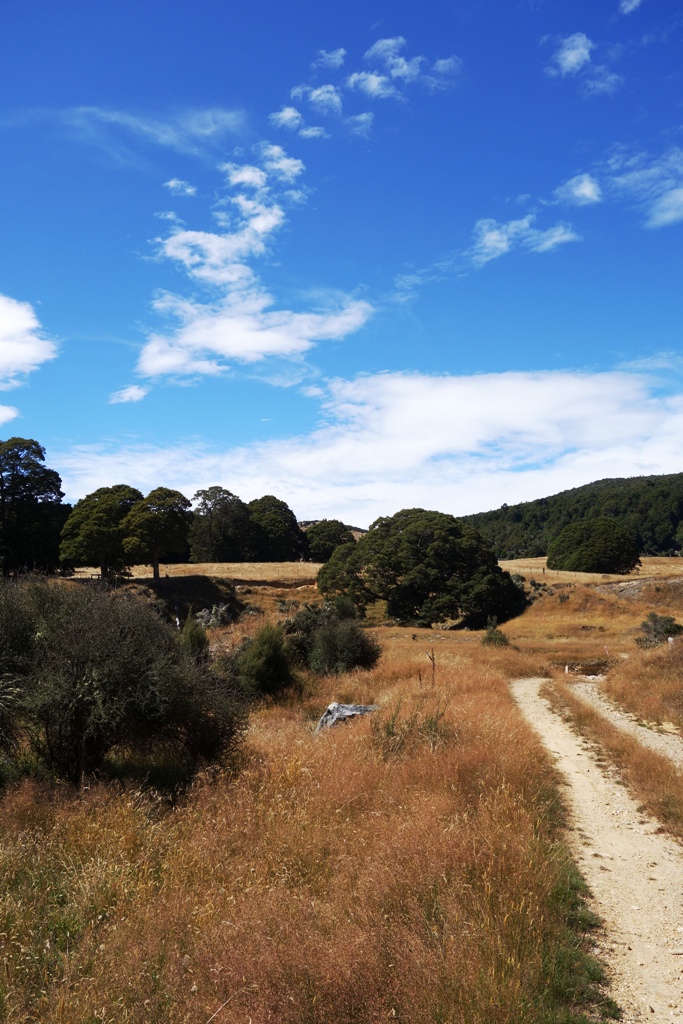 If you want to see where Aragorn leads the hobbits soon after they leave Bree, drive from Motueka towards Golden Bay and turn right off SH60 (after about 22km) into the Canaan Road. Some 8 km down the road you will see areas that will remind you of the movie. The road is not paved and it has Private Zone signs but the road in itself is free for public. Take some pictures and then drive to the end of the road (3 more km) and take an 1 hour and a half return hike to the Hardwood Hole, it’s well worth it. 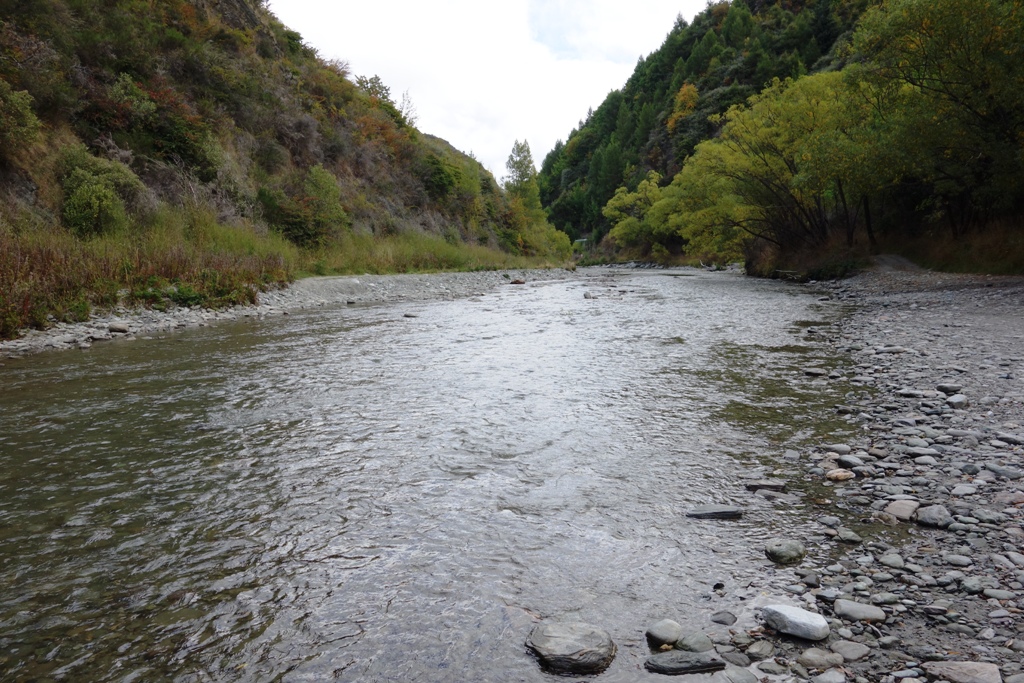 In order to see the full image of Arwen defeating the nazguls in the flood you have to go to two places and then imagine them together. The part of the scene where she is in the water and the nazguls are trotting on the other side of the river was filmed in the Arrow River near Arrowtown. Find the Chinese Settlement and after visiting it (it provides interesting history about the gold rush) walk down the small stream that runs through the area. You will end up in a bigger river (Arrow River) and if you take a left on the river bank you will start seeing images from the movie. The second part, the gorge and the flood in itself were filmed on the Shotover River, near Skippers Canyon. This has to be done because the water of this river was too deep for horses to go through, but the canyon was perfect for the needed scenery. There is a public unpaved road that gets there; take your courage with you if you go there though. The road is almost made for 4WD only, very steep and very narrow (it feels like a one way street although it’s a two way). There are tours that take people there, if you chicken out like I did and you don’t want to drive your rental car there. 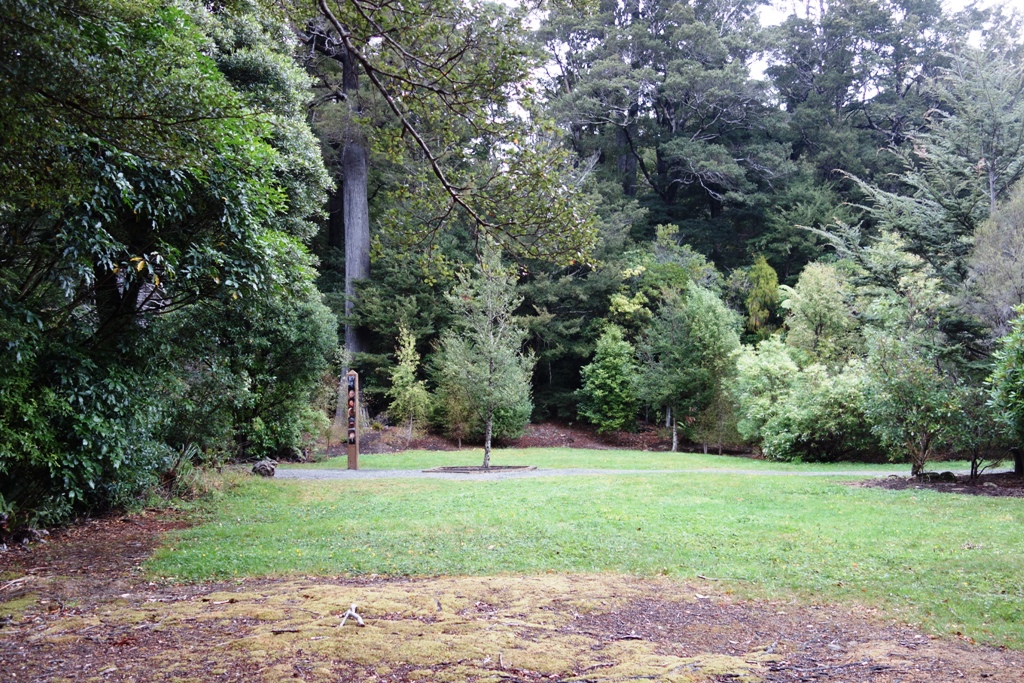 Wellington – Rivendell – The house of Elrond has been built on this pasture.

Kaitoke Regional Park was used for the Rivendell scenes when Frodo recovers from the morgul blade. To get there you have to turn right as you come into Wellington on SH2 and continue on the park road until you get to the suspended bridge walk parking lot. There are signs for Rivendell on the way, so this is easy to find. 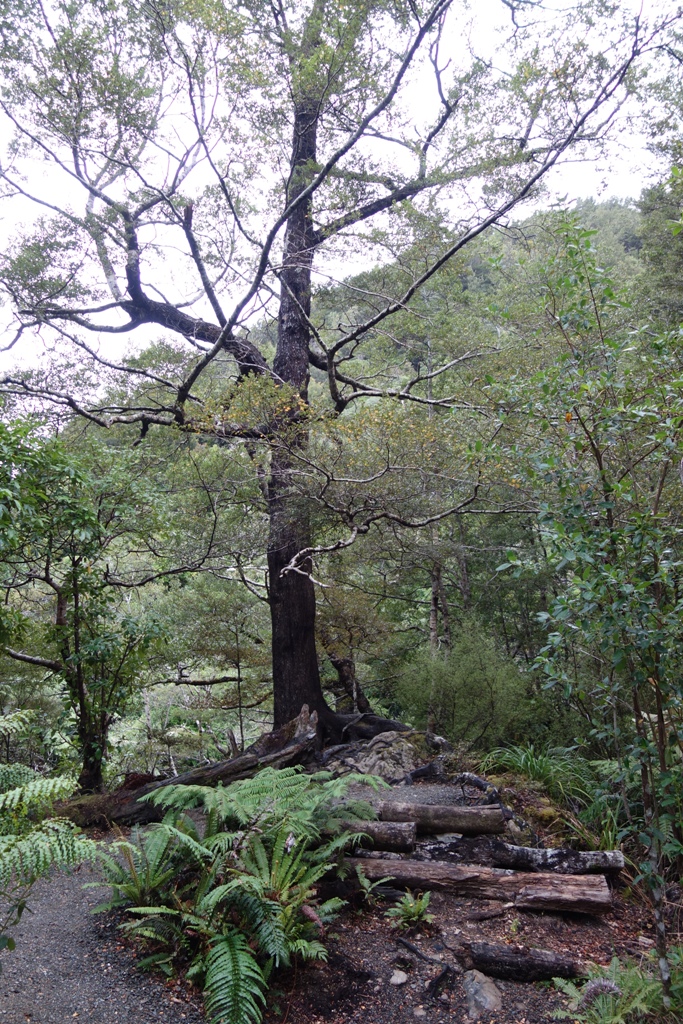 Wellington – Rivendell – The mossy knoll where Legolas posed for publicity photos for the film. 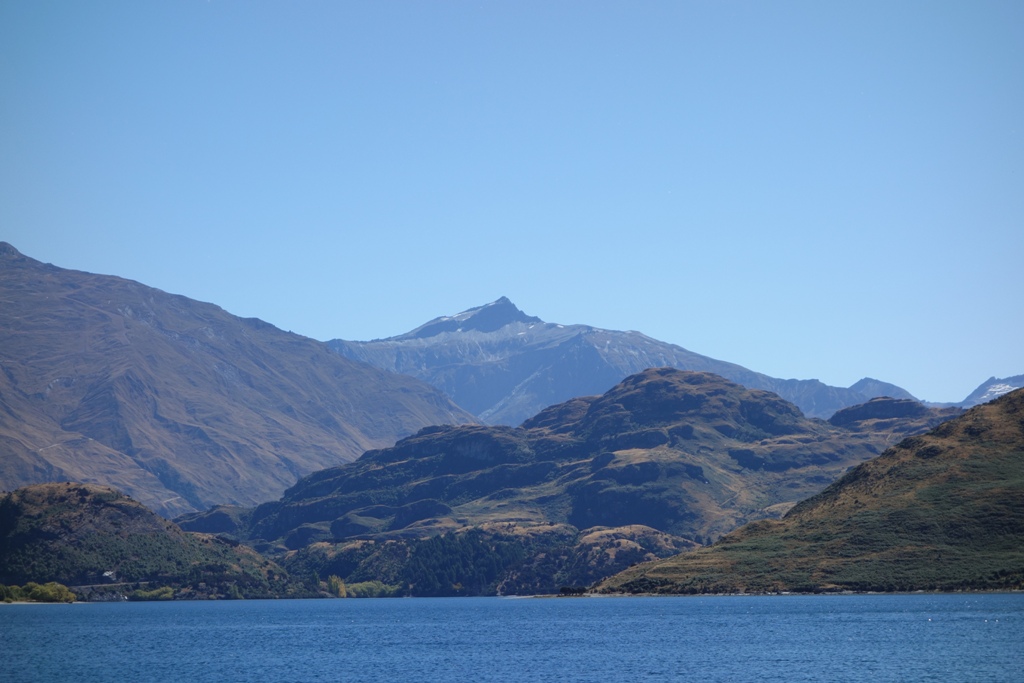 Drive out of Wanaka towards the Mt. Aspiring national Park This picture was taken after about 10km on the road. If you have time you can drive the 51 km to the park and probably have even better views on the way. The mountain can be seen from Wanaka as well, but as a blimp in the sky. 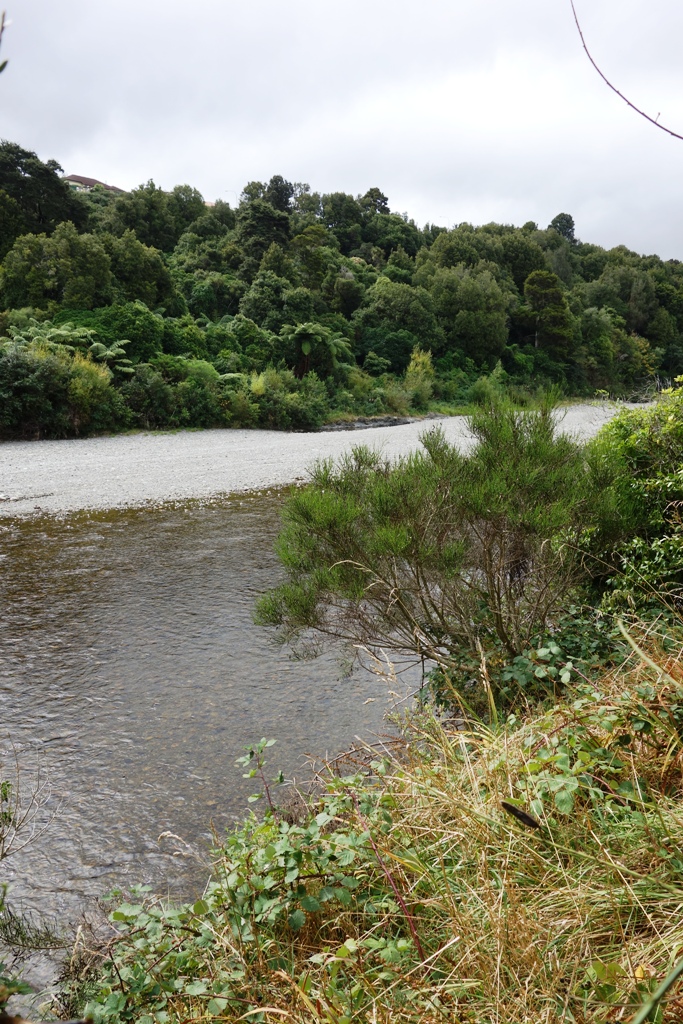 The part of the Hutt River between the Moonshine Bridge and Poets Park in Upper Hut, Wellington, was used for the scenes where Galadriel is gifting the fellowship before they leave Lothorien. If you are driving north to south you have to pass the bridge and then U-turn on SH2 in order to get to the Poets Park parking lot. 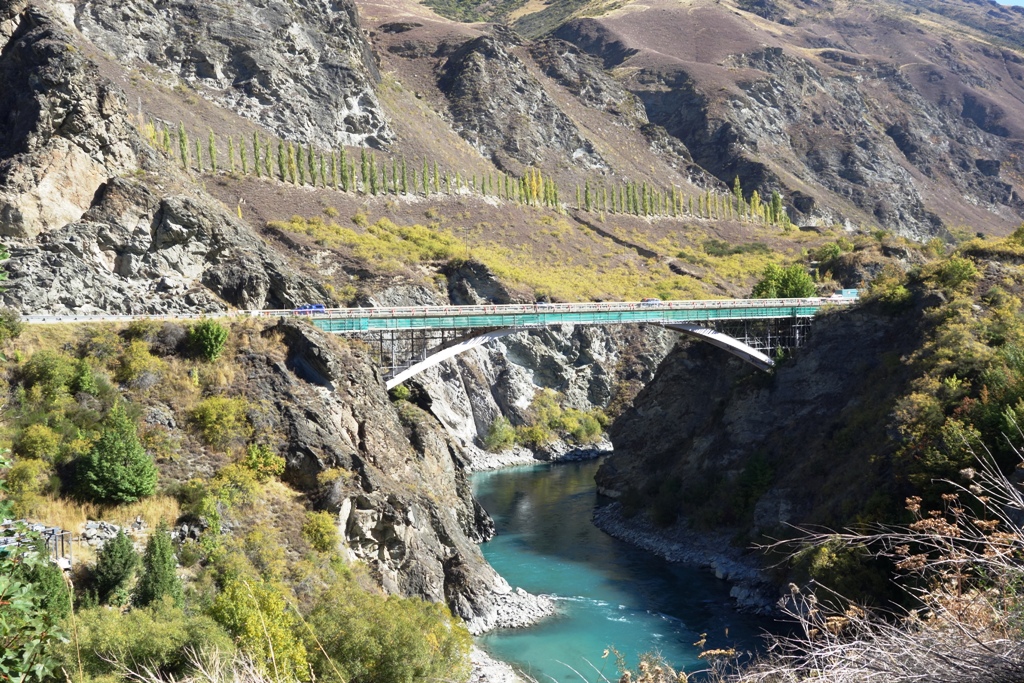 You can just imagine where the Pillars have stood on the Kawarau river near Queenstown. Drive on SH6 and stop at the suspension bridge used for bungee jumping (left if you drive from Queenstown). This bridge is not in use anymore so you can take your time, enjoy the scenery and take as many pictures as you like. And maybe take a jump as well. Your choice. 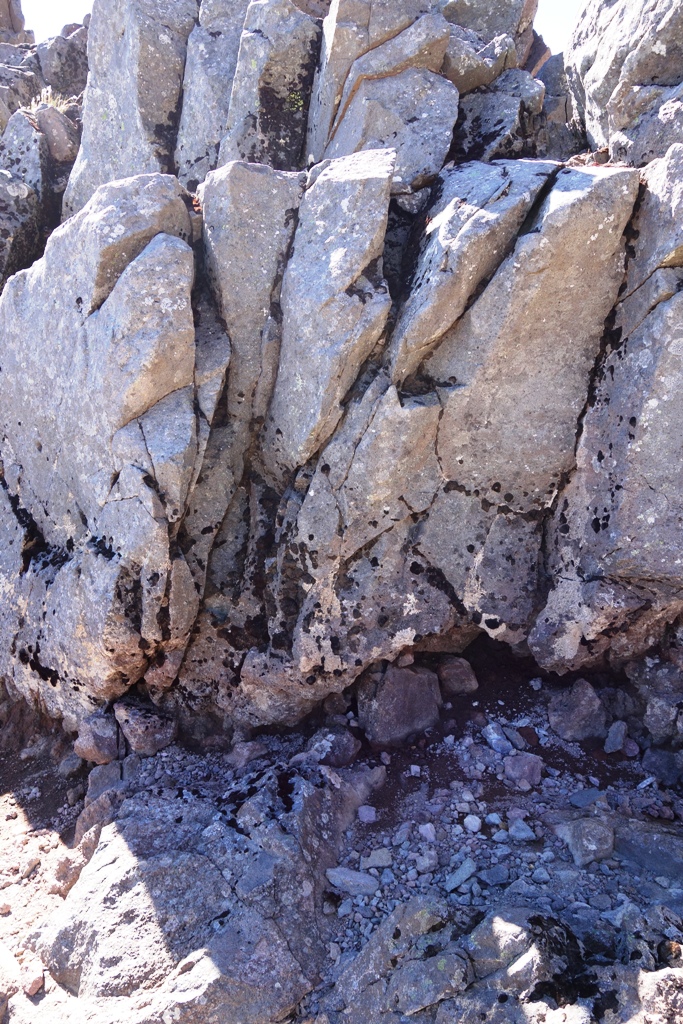 The same area near Whakapapa ski area was used for Emyn Muil scenes where Frodo and Sam are going in circles trying to find Mordor. Now, if you get there you will see a punt, because on a clear day you can see Mt. Ngauruhoe/Mt. Doom from here so you wonder ‘how could they have missed it?’. The scene where Gollum lingers above the hobbits and gets caught was filmed around here as well. 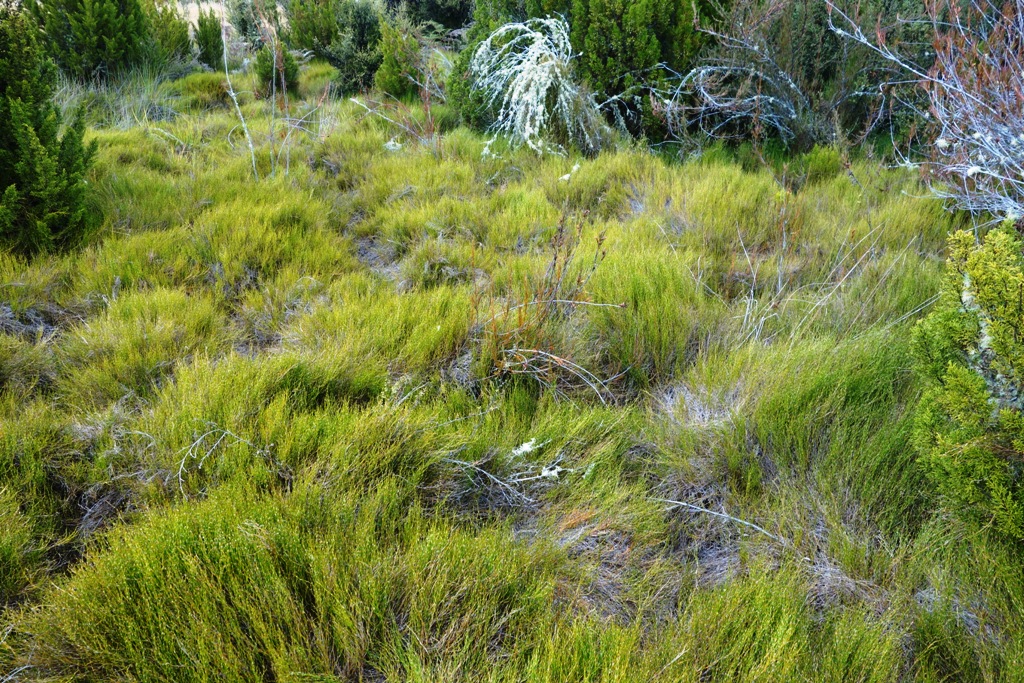 The Kepler Mire, 10 km away from Te Anau towards Manipouri town, on the left side, was used for the Dead Marshes scenes. You can’t see the mire from the road, you have to stop the car on the road side (there is no parking area) and walk through some bushes that are hiding the place. Hopefully you will visit the area in the wet season, in the dry one there is no water at the ends of the mire so the effect is not the same. Or you can take a plane ride and see the whole thing from above, the pictures on the internet look amazing 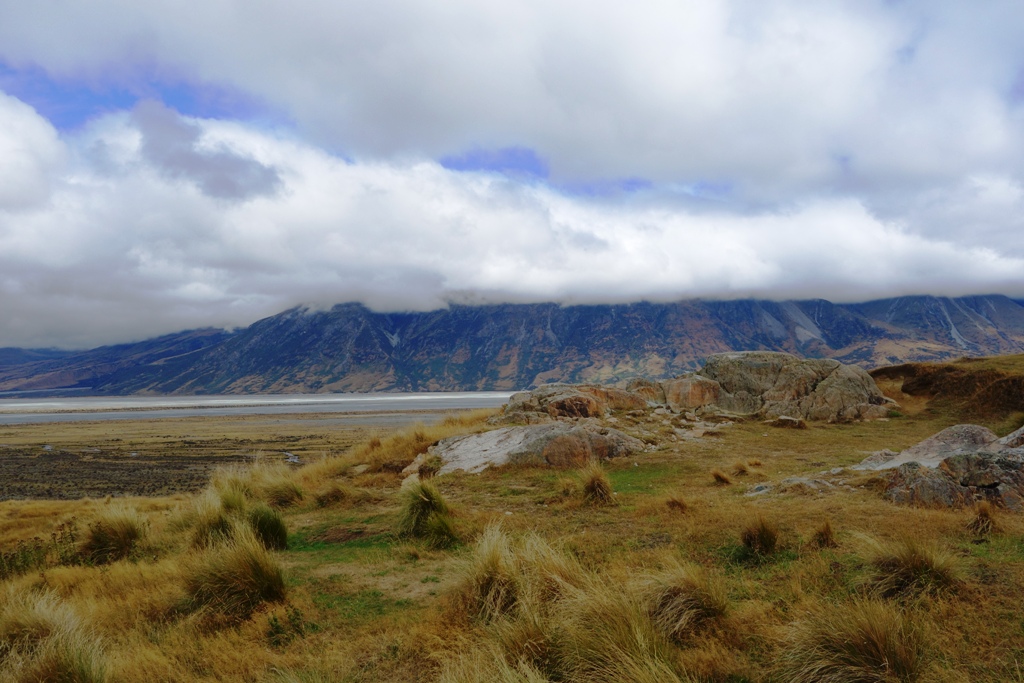 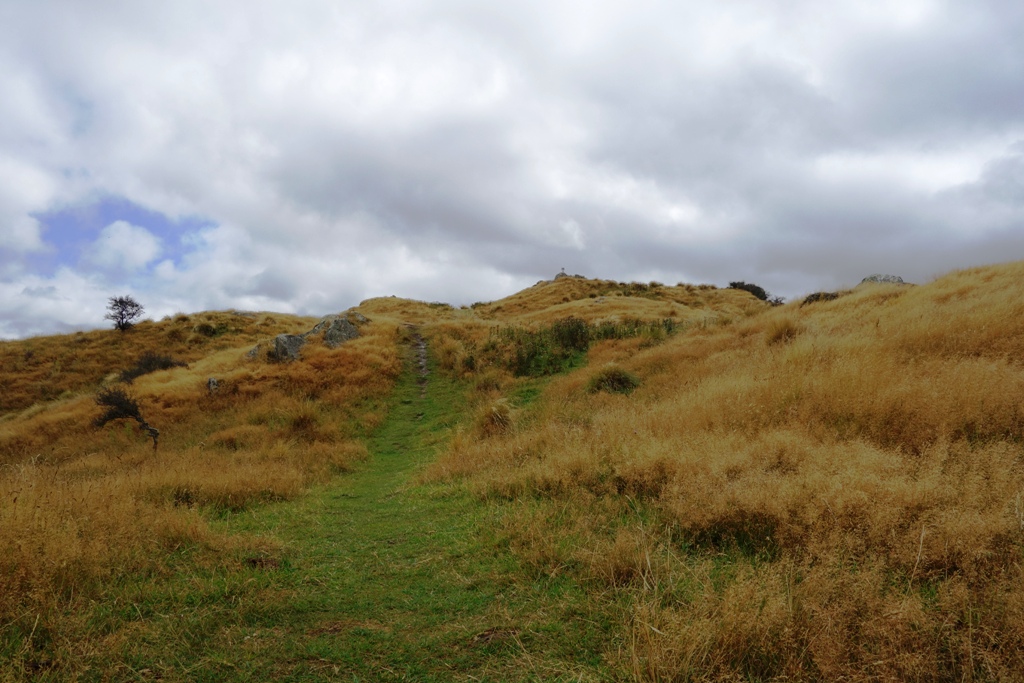 Mt. Sunday was chosen for the location of Edoras the capital of Rohan. There is nothing left there from the city but this is one of the places that you would recognize even without being told what it is. Take road 72 and turn off to Ashburton Gorge Road (111 km from Christchurch, 280 km from Dunedin). This road will end up in the car park for Mt. Sunday hike (45 minutes return climb to the ‘city’). Be aware that the last 20 km of the road are unpaved but the road is good with the exception of a few zones where the water did some damage (there is even a ford you have to pass; it was empty when we went but it was the dry season). If you are wondering like I was if you need the permission of Mt. Potts Lodge to get on the hill, the answer is no, you don’t need it. Mt. Sunday is on private land but the mountain in itself is owned by the DOC which also owns the trek there. 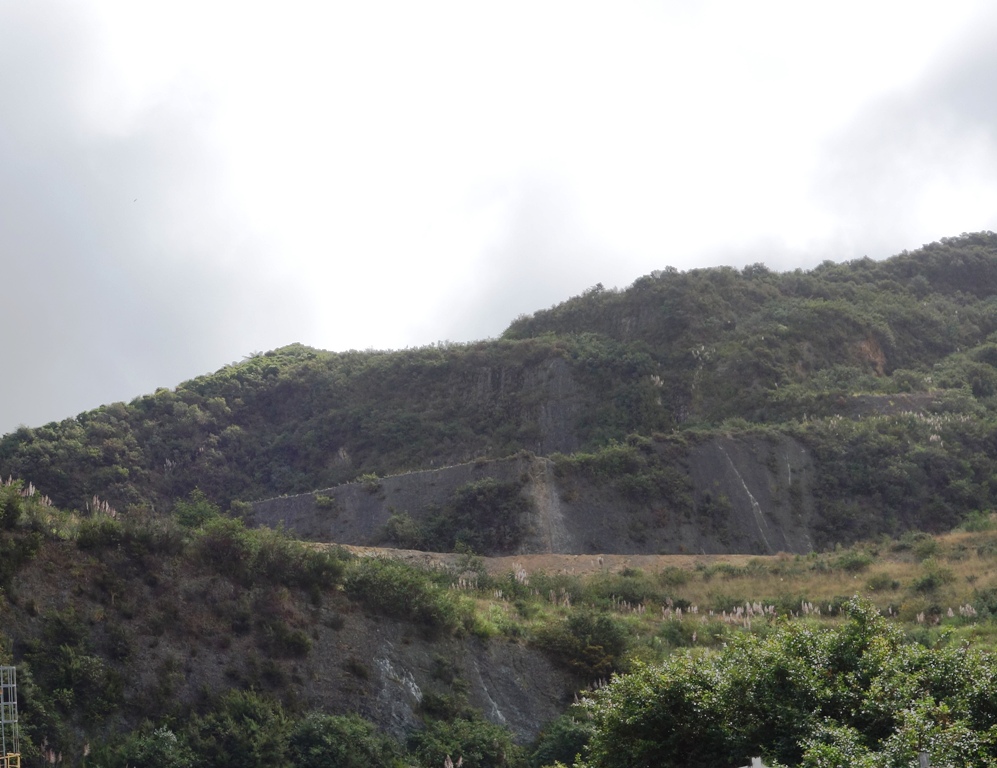 The Dry Creek Quarry was used for the battle of Helms Deep. It is a working quarry that cannot be visited but you can park across the street and take some pictures of the place if you want to. The quarry is located on Highwards Hill Road right after turning right from SH2 (driving N to S) 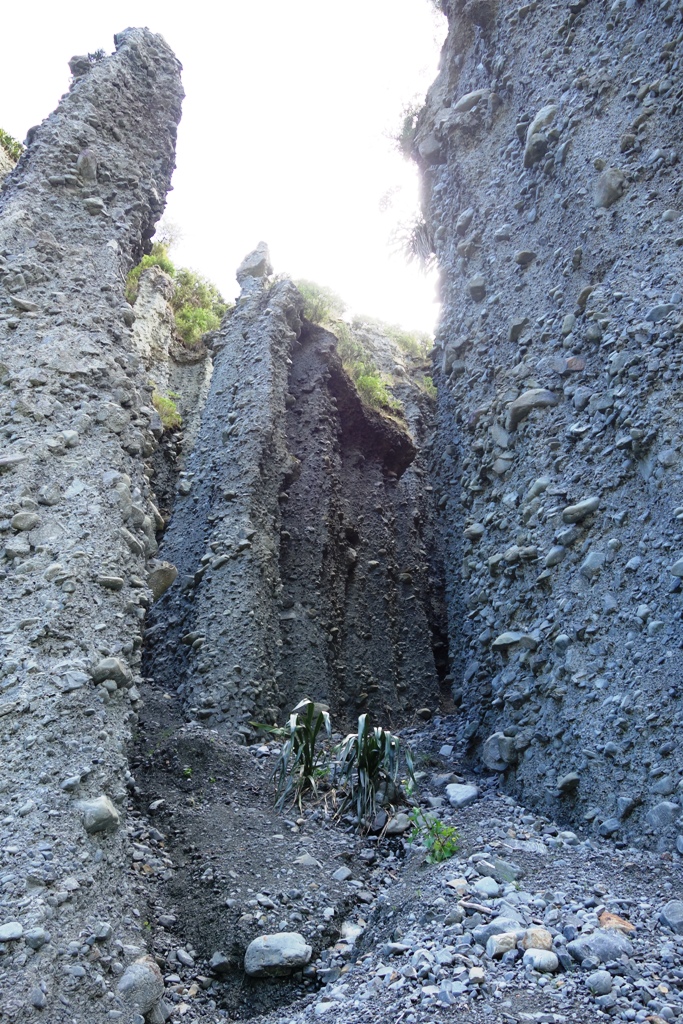 Drive to the Putangirua Pinnacles, some 120 km away from downtown Wellington, park the car at the beginning of the track and then enjoy the hike through the Path of the Dead.
Read more about the track before going there on the DOC site. And don’t miss the climb up to the view point, it has amazing views. 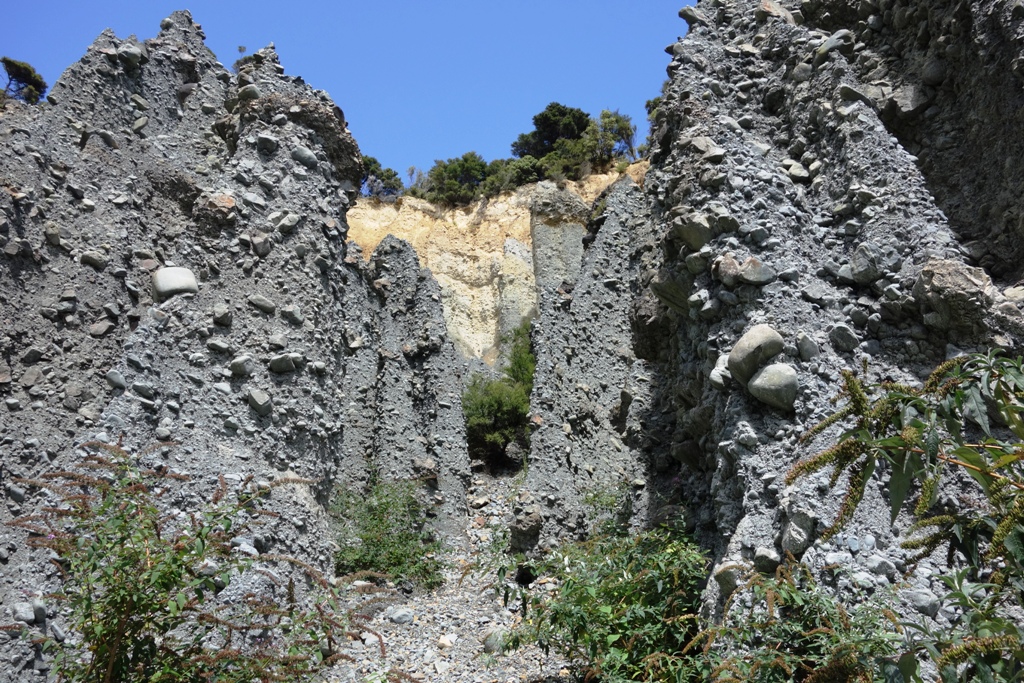 Wellington – The Path of the Dead where Aragorn, Legolas and Gimli go to ask the army of the dead to join their cause. 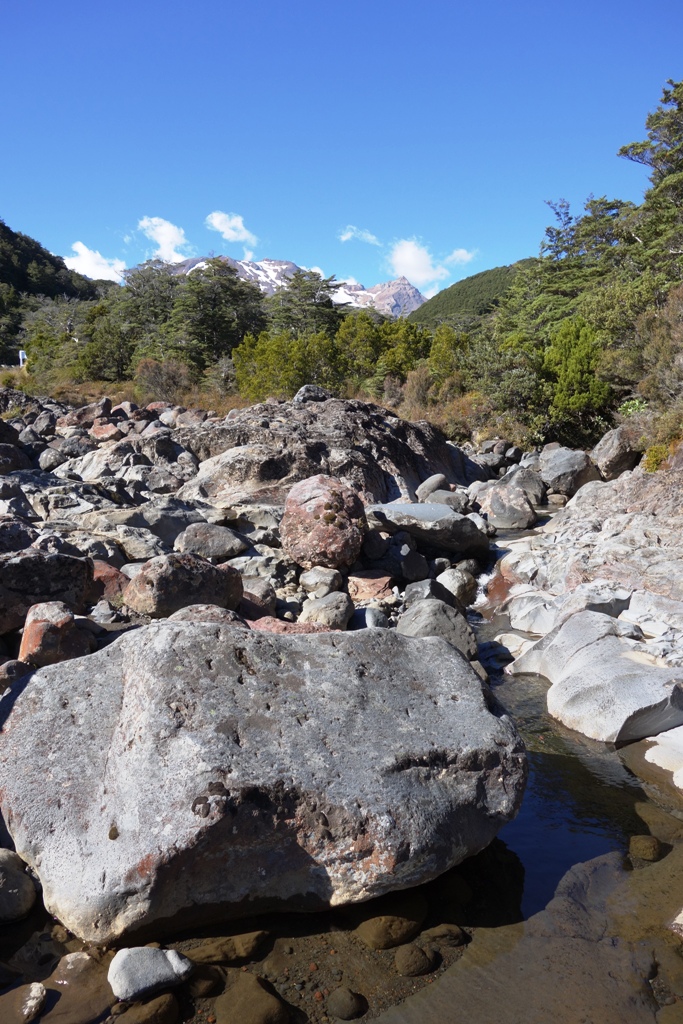 Tongariro – Gollum and the fish

Drive up Ohakune Mountain Road, a seal road that gets to Turoa ski area from middle of Ohakune, and stop at the Raukawa Falls a few kilometers before the end of the road. There is a parking lot on the right side where the falls are and just walk a few minutes to the top of the falls. This is where the scene where Gollum is trying to catch a fish in the river while Sam and Frodo are walking together talking aboit Gollum and how bad Sam is treating him. The internet might confuse you on this one. There are sites that say that this place is where the Gollum is in the Forbidden Pools singing his fish song. After being there and watching the movie again you will realize that is not the scene it was filmed here, but the one he does not catch the fish. 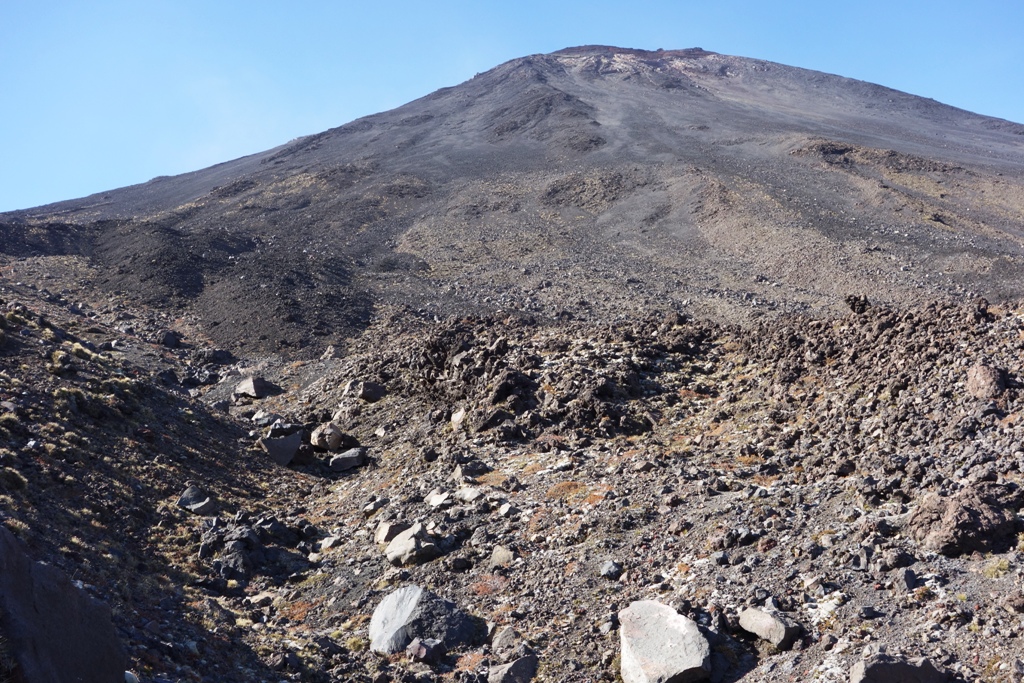 Mt. Ngauruhoe was used for scenes of Frodo and Sam in Mordor, the Gates of Mordor, and other similar Mordor captures. 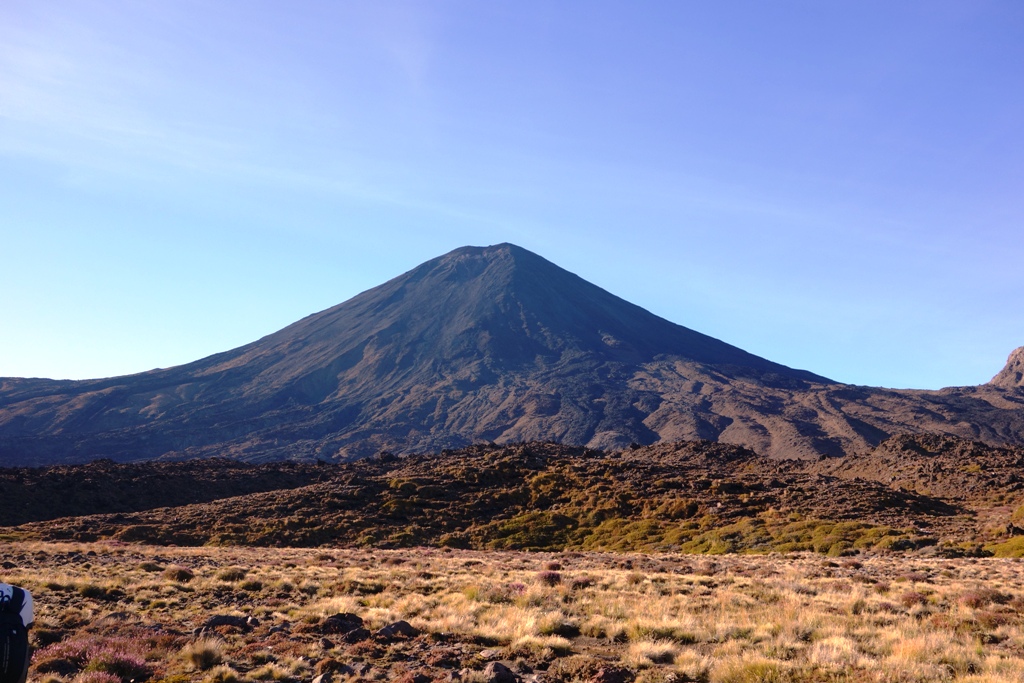 The whole Tongariro area was massively used for LOTR scenes. It does not take a lot to see Mt. Doom in Mt. Ngauruhoe. Trekking the Tongariro Alpine Crossing, a 8 to 9 hours day hike, for impressive views of the mountain, or just drive around Tongariro National Park (the round drive will take about 3h, depending on how many times you will stop for pictures