We’ve always wanted to try a safari. The idea of seeing the great animals in their environment rather than a zoo has been a goal for us. Giraffes, elephants, lions, rhinoceros, leopards, wildebeests, hyenas and more, all have made up for great fantasy for both of us.  We were able to make this a reality with this trip!

We started our safari from Arusha, Tanzania, flying in from Dar Es Salaam. We used a company called Savannah Explorers to do our safari through and I’ll say from the beginning they were great! They handled all the set up and details and we were happy with all of it.

We stayed in Arusha the first night at the Ilboru Safari Lodge. This gave us a chance to see a little of Arusha and rest from the flight before starting the safari the next day. David, our guide for the safari, picked us up in a Land Rover the next morning and we headed out on our way to Lake Manyara National Park. Along the way David was telling us about the places and peoples we saw as we passed. Since we were driving through Maasai lands, we learned a little about their bomas, the way they manage their herds and some of how they live today. One of my favorite details David shared with us is about a plant they use for defense, Mnyaa, It grows to such density that it is an effective barrier around the bomas. Below are pics of the growing plant around some land, and dried plants around a boma.

On the road to Lake Manyara we were so very fortunate to see a group of giraffes walking by the road. We counted 11 of them including a few very young giraffes. Seeing them out roaming was awesome for me. Seeing their size and elegance in movement impressed in me the greatness of nature on this planet. This  fortunate experience was the beginning of our luck regarding being able to see so much of what we were coming here to see.

Not to be out done by the family of giraffes, Lake Manyara National Park demonstrated an abundance of beauty in its landscapes, vegetation and animals. From the enormous baobab trees, to the scenic views overlooking the ever changing Lake Manyara, to the sheer numbers of baboons, monkeys and other animals we saw, Lake Manyara NP was strutting its stuff for our visit. For example when we saw our first elephant up close, about 20 meters away, we thought we were very fortunate to find this bachelor elephant cooling himself with dust. A couple hours later, we had lost count of the number of elephants and elephant family groups we had seen. We were even blessed with seeing an infant elephant and a group who decided to walk around our truck within a meter to give us a closer view. Scary, but fascinating. 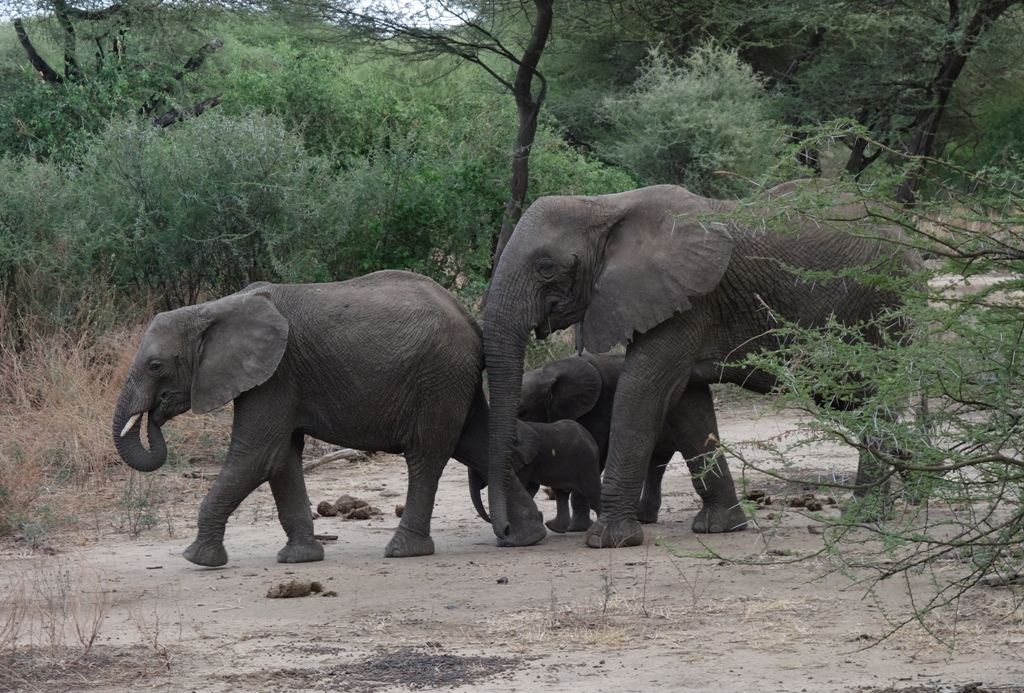 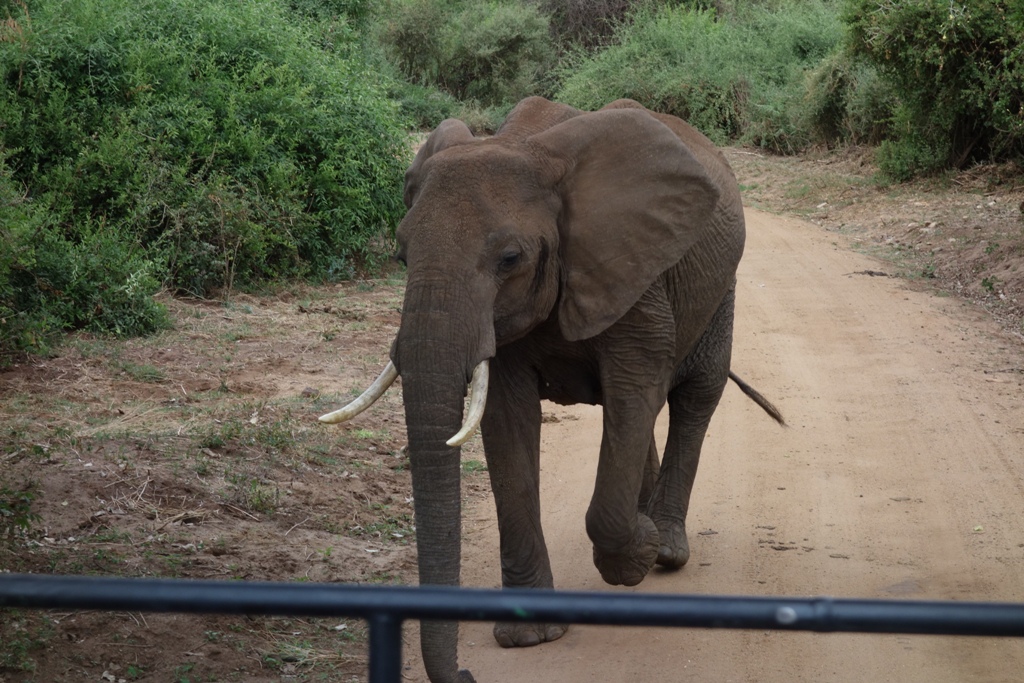 She walked right up to the truck and passed by

After a very full day of adventuring, we headed to the lodge for the night. That night we stayed at the Manyara Wildlife Safari Camp for the evening. This lodge was on the opposite side of Lake Manyara, looking back at the national park. We had a tented room, meaning a large tent with a bathroom and deck made onto it. It was in a group, but on its own, which gave a great feel. The safari camp had a few Maasai men around for security since we were in the bush enough that it was the animals home more than ours. To get to the main building for dinner we had to step of the deck and wave a very bright flashlight. This was the signal for the Massai security people to come and give you a walk back so you could have dinner and not ‘become dinner’. Since this isn’t the busy season we had the lodge to ourselves. This was very fortunate, if a little disconcerting given it meant there were fewer ‘dinner targets’. :p 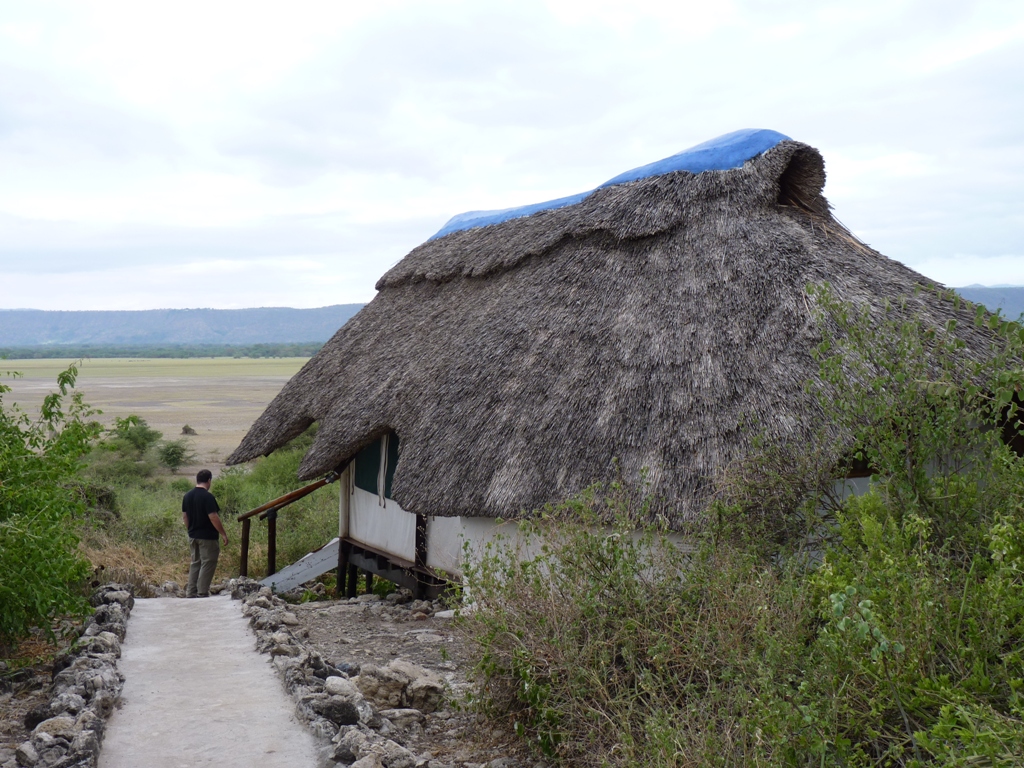 Outside of the ‘tent’. It is canvas inside 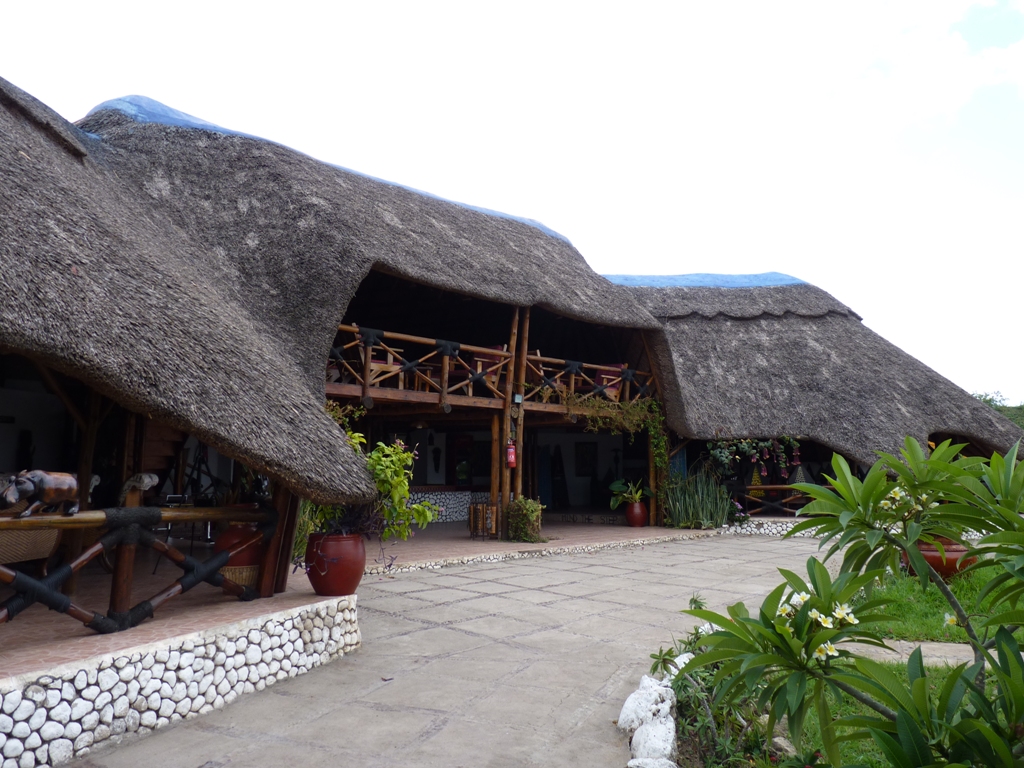 Main meeting area at the camp