People than know me well, know that I like numbers. And facts. After all, I have been an accountant

So what better way to start my blogging experience with a post about numbers. And facts. Of Tanzania, the first country in our RTW trip. I used this little note book to keep track of things people were telling us while around, so I won’t forget, and it served me well. I read through some of the notes and I realize I already forgot some of them.

- the country name is made up of the names of the two former territories Tanganyika and Zanzibar: TAN-ZANia. Each area has its own president but the one in Zanzibar reports into the Tanzanian one.

- there are 2 types of coffee grown here: the Robusta and the Arabica, the later being much bigger than the former. The Robusta gets its name from the trees that it symbiotically lives with. 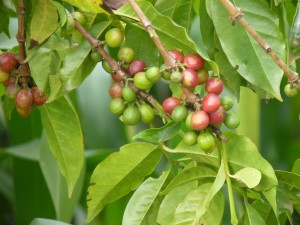 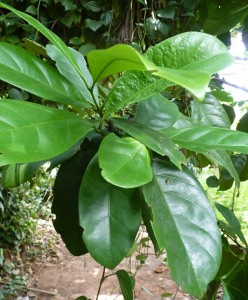 - there are about 120 different tribes living on Tanzania’s territory, the Masaai being among the best known ones due to their residence near the many game parks and their distinctive customs and attire. Colors are very important for them: red signifies the Mother Earth, blue the God, white means blessing, green life, orange and yellow are the sunrise and the light, black means everybody, since every man on earth have their eye pupil black and the eyes are where you can really see a person 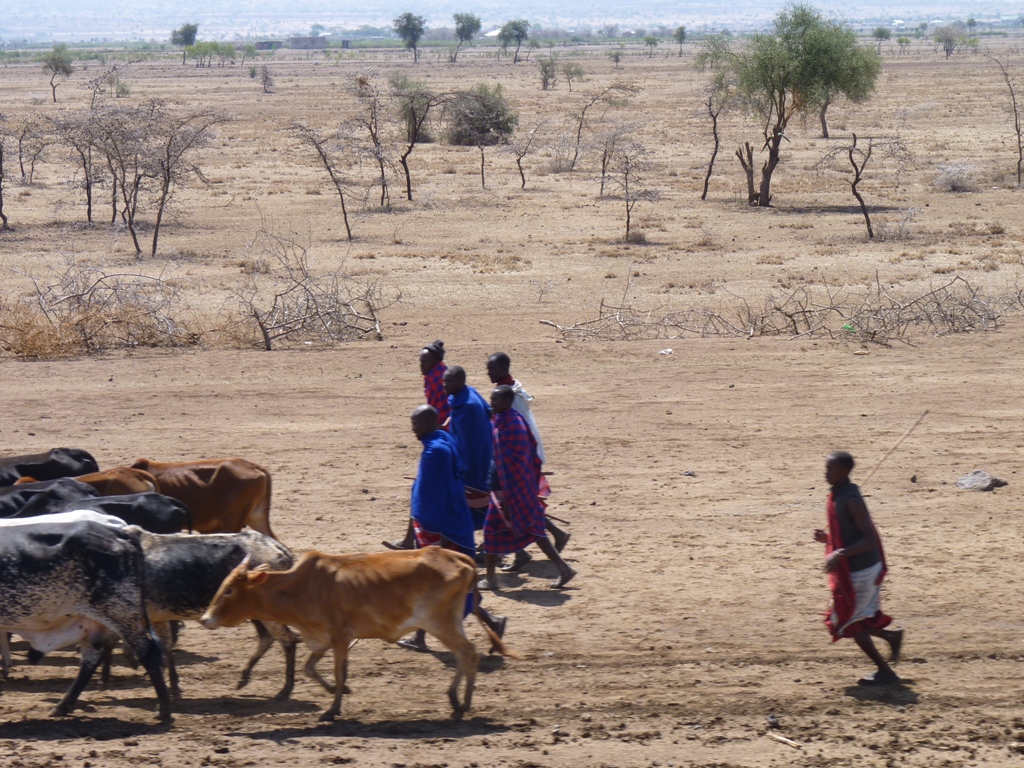 - the speed limit inside cities is 50 km/h (although the speed bumps rarely allow cars to go over 25). Outside, there is no limitation, everybody drives at the speed they find adequate. Driving on the left side of the road is still something I have to get used to.

- M-Pesa is a payment system that is growing more and more in the country. It is done through a cell phone plan, Vodacom being the owner of the system. You can deposit money in an account with them and then you can pay at the stores through your phone account, if the store has the capability to contact Vodacom and verify you have the money in the account. It is a very interesting concept, where a phone company became sort of a debit card company. It helps the locals by offering them more security and flexibility. It also made all stores red with signs of M-Pesa accepted and a free add for the phone company.

- Arusha has the title of ‘middle of Africa’, as it is situated mid way from north to south of the continent

- Tanzanite is a rare precious stone that can only be found in Tanzania (hence it’s name hehe). The only place they can be harvested from is near Mount Kilimanjaro, and Arusha and towns around it are the palaces to go and trade for it, you can even do it on the street near the market place, but you never know what you might get instead of the real stone. The stone is pretty, with colors from pale blue to the darkest blue of the sea, and it is said it brings luck to whomever wears it. 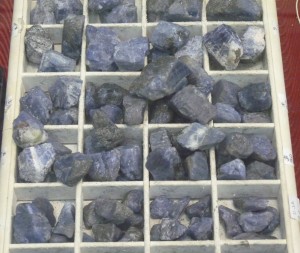 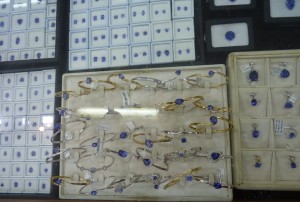 - one of the native plants, the Sisal, is very versatile and locals are growing it for their wide usage: the straight and hollow stocks are used for house foundations and fences, the plant fiber is used for ropes, twines, and general cordage, specialty paper, clothing, mattresses, carpets, spa products, cat scratching posts, lumbar support belts, rugs, slippers, valuable forage for honey bees because of its long flowering period. It can also be distiller to produce a tequila type liquor 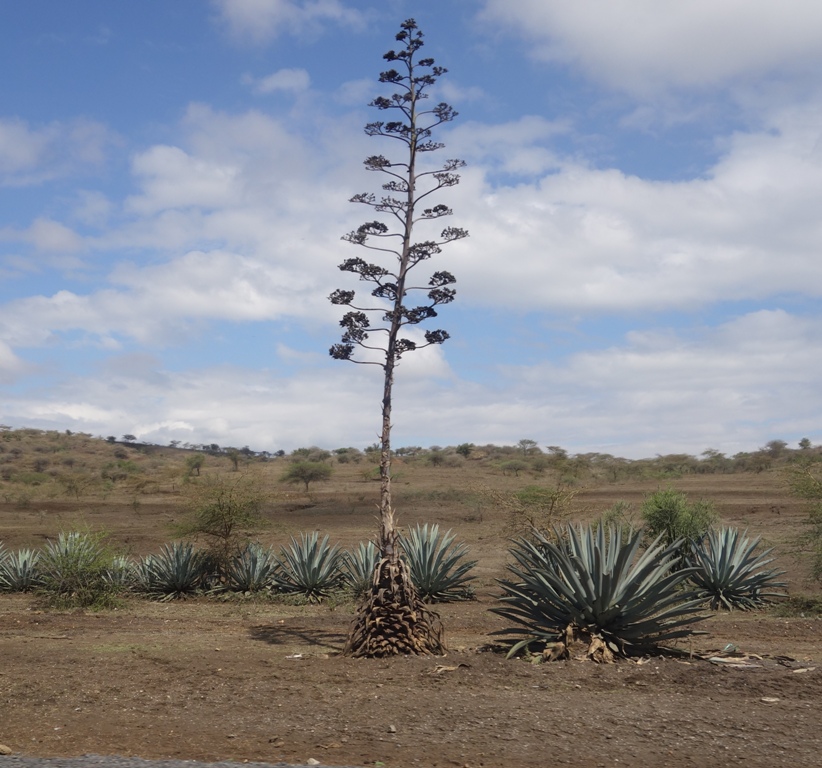 - the baobab, considered the biggest tree on earth, lives for thousands of years and is as versatile as the Sisal: the fruits are edible, the leaves are used for cooking, the seeds are used as food coloring (especially for ice cream) or ground up and cooked (to make it less sour than it normally is), the tree itself is used as shelter by animals when becoming hollow with age, and gets to be eaten by big animals like elephants which are looking for its high water content. The baobab is known as the ‘up side down tree’, just a metaphor of the dry season looks when the tree looses all the leaves looking like dead until the rain season brings in the much needed water. 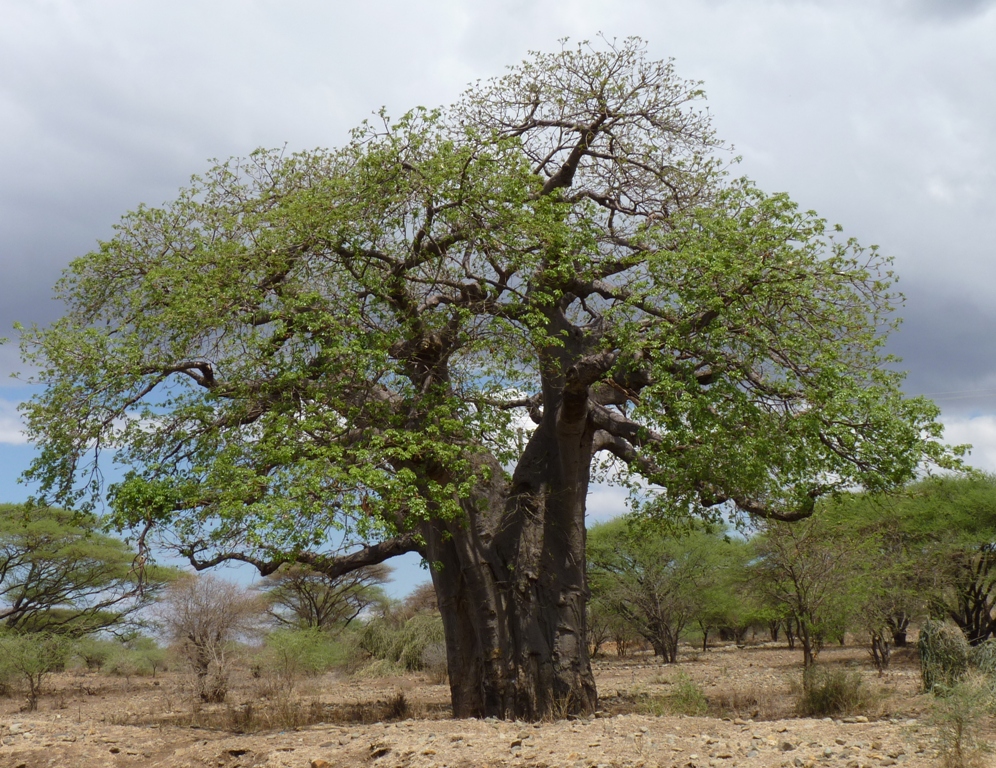 - not sure how many types of animals are in the whole country, but we have managed to see about 70 different ones on our safari, about half of them being birds. Here is a gallery of (some) of this animals.

- the giraffes that can be found in Tanzania are the Masaai or Kilimanjaro type, also found in Kenya. With the 5.5m height that a male can reach, they are the tallest animals on the planet. 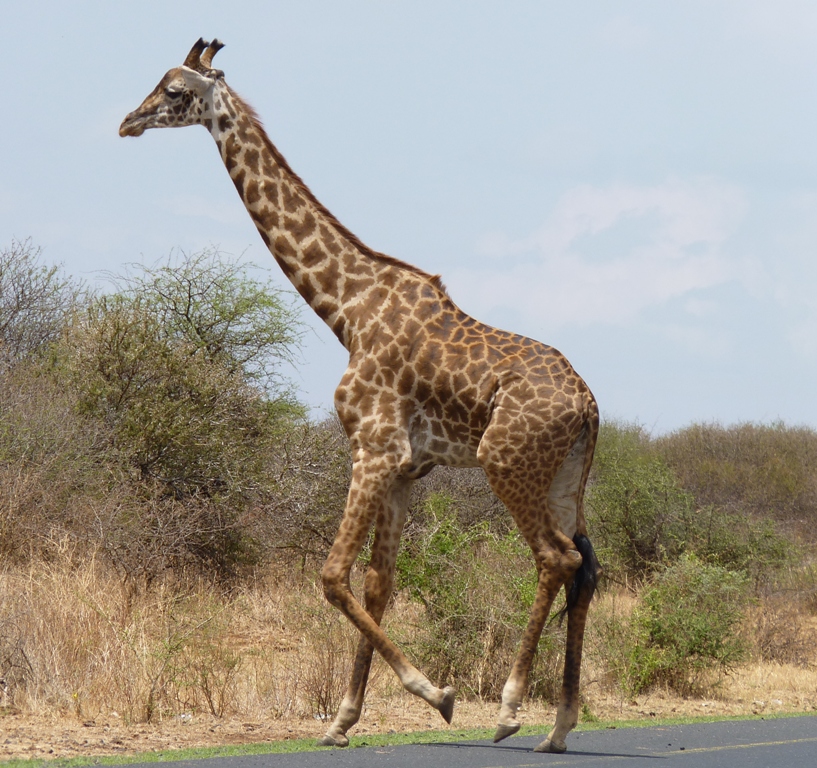 - the African elephant weights about 6 tones, eats 300 kg of grass and drinks 100 liters of water per day, lives about 60 years, and what differentiates it from the Indian elephant are the big ears. Their gestation period is almost 2 years!! 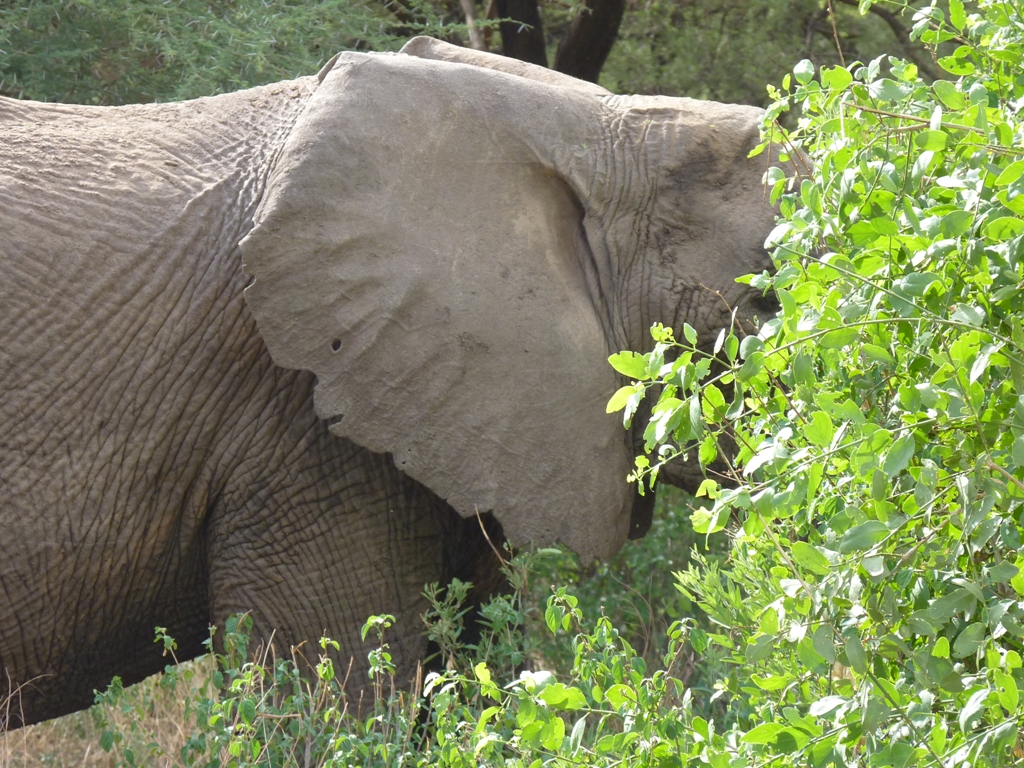 - the rock hyrax is a guinea pig looking like small animal, which is in fact related to elephants. Many many years ago years ago a common ancestor separated and evolved into these two animals that do not look like each other anymore. But they do have many things in common: the gestation period is very long for both of them compared with their size and span of life (24 months for the elephant and 8 months of the hyrax), they both give birth to one fully developed baby that can be on its own and rich adulthood in a very quick period of time, their digestive system is exactly the same. 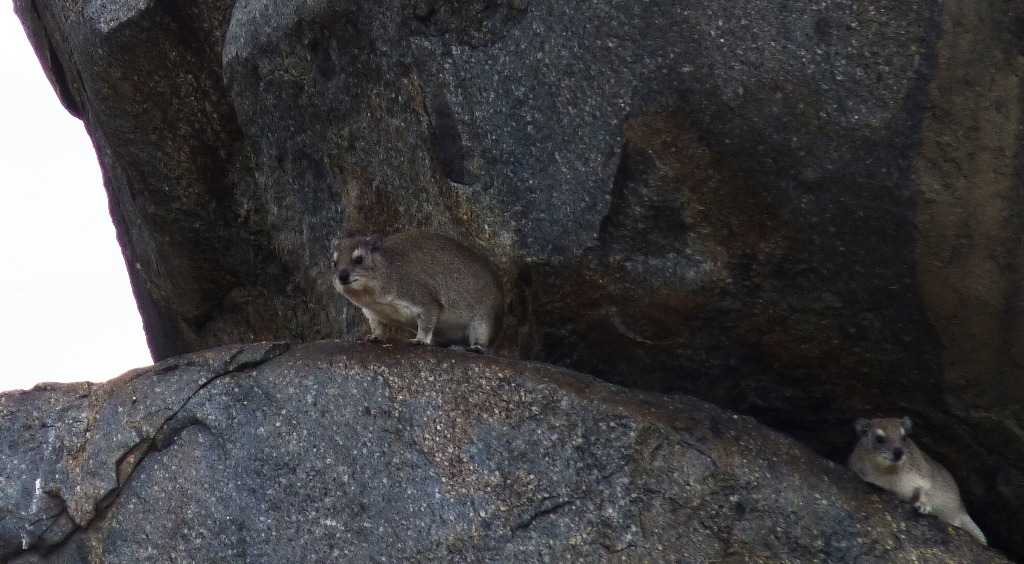 - the Marabou stork is the bird that can fly the highest in the sky, up to 6000 m, and can be there for awhile grace to the pouch of air that they have under their beaks from where they breath while at those altitudes. 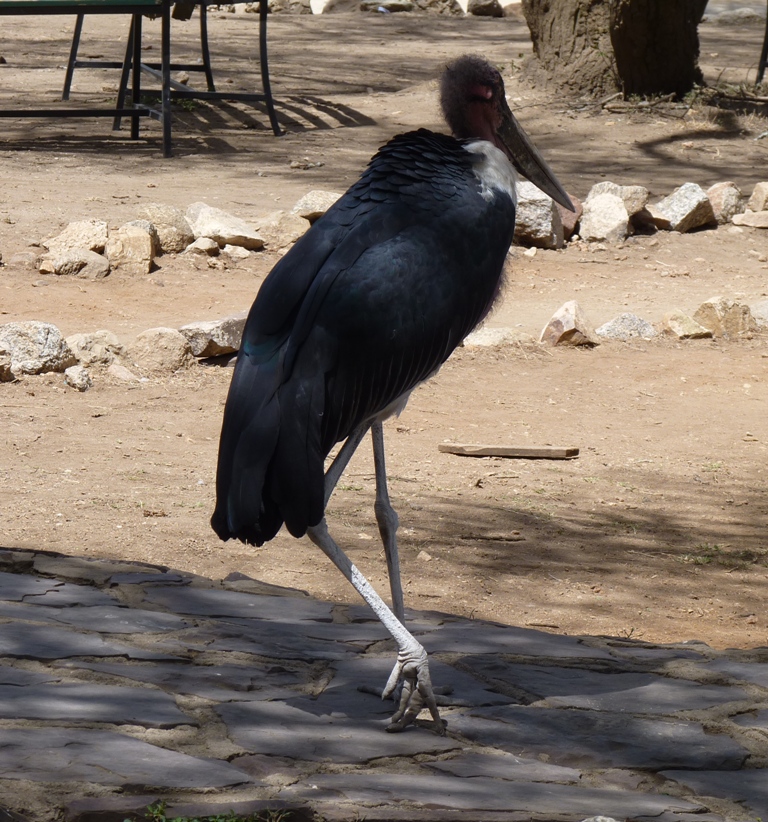 - all Tanzanian mountains are volcanic. Ngorongoro used to be a mountain that collapsed and created the crater that is it today. The crater’s rim is at 2200m altitude, the carter plane is a 600m descend and its diameter is 20km. 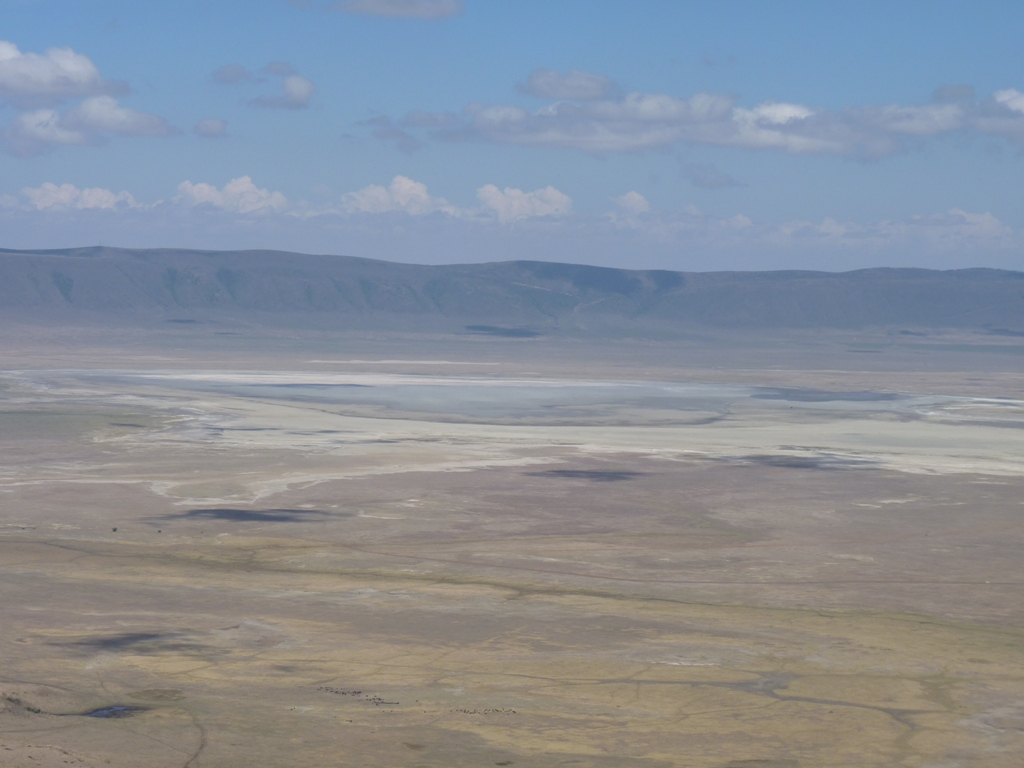 - lake Manyara is the second smallest national park in Tanzania, after Arusha park. It’s name comes from a poisonous plant, Mnyaa, that grows around, used by the Masaai to create fences against wild animals. 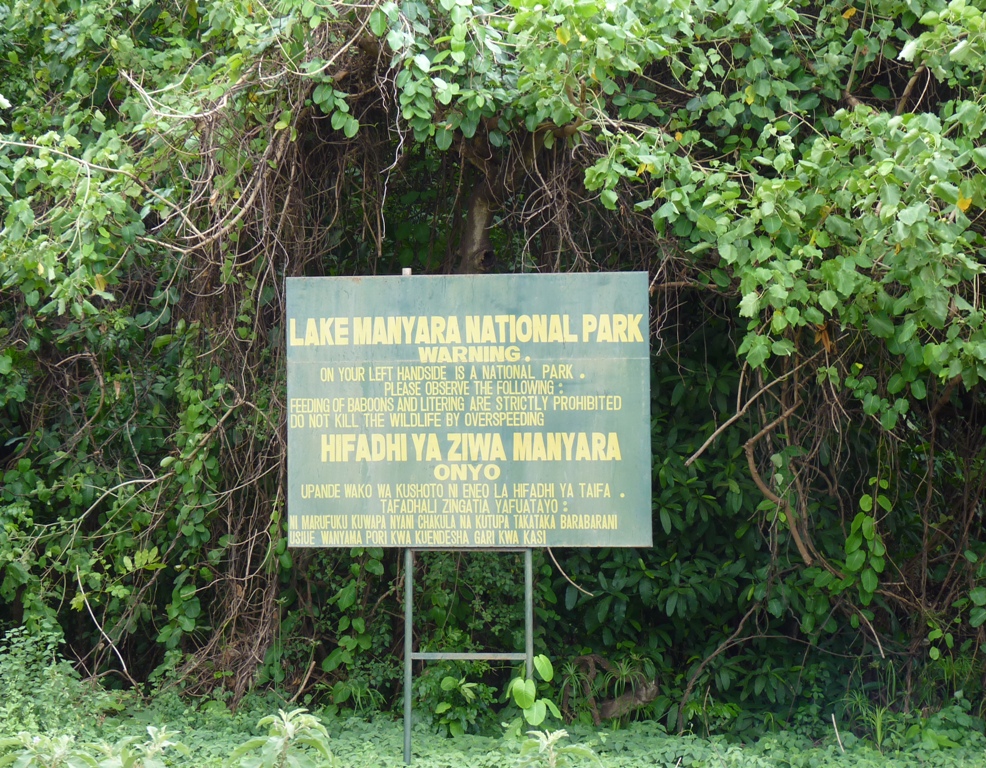 - Serengeti, which means Endless Plain in Masaai language, is the second national park in Africa after Krueger park in South Africa.

- Ngorongoro conservation area, Serengeti national park and Kilimanjaro mountain are considered three of the 9 wonders of the world (a different classification from the 7th wonders of the ancient world)