We knew when we put New Zealand on our trip map that wine is something that they do and they do it well. Of course we had to try it. And not only at a restaurant but in the heart of it, where the wine is made. Plus, we had the Napa and Sonoma experiences and we knew how much fun is to do a wine tour.

We decided to try the Waiheke island for our first encounter (I am pretty sure it will not be the last one either). Being an easy place to get to from our Auckland hub and a sunny island recommended to visit even without the wine addition made our decision easy. I won’t mention anything about the Wine Hopper that runs on the island as a plus, after all walking from one winery to another might be more healthy.

Fuller has ferries running from downtown Auckland to the island every hour during the weekend and even more often during the week and they have a deal if you buy a return ticket as well as a Wine Hopper ticket.

The trip there is a treat in itself. You get to see the city from the water and cruise amongst the many islands sprawled in the Hauraki Golf: Rangitoto (the youngest volcanic island around, only 600 years old), Motutapu, Motuihe, Waiheke and far in the distance the Great Barrier island. 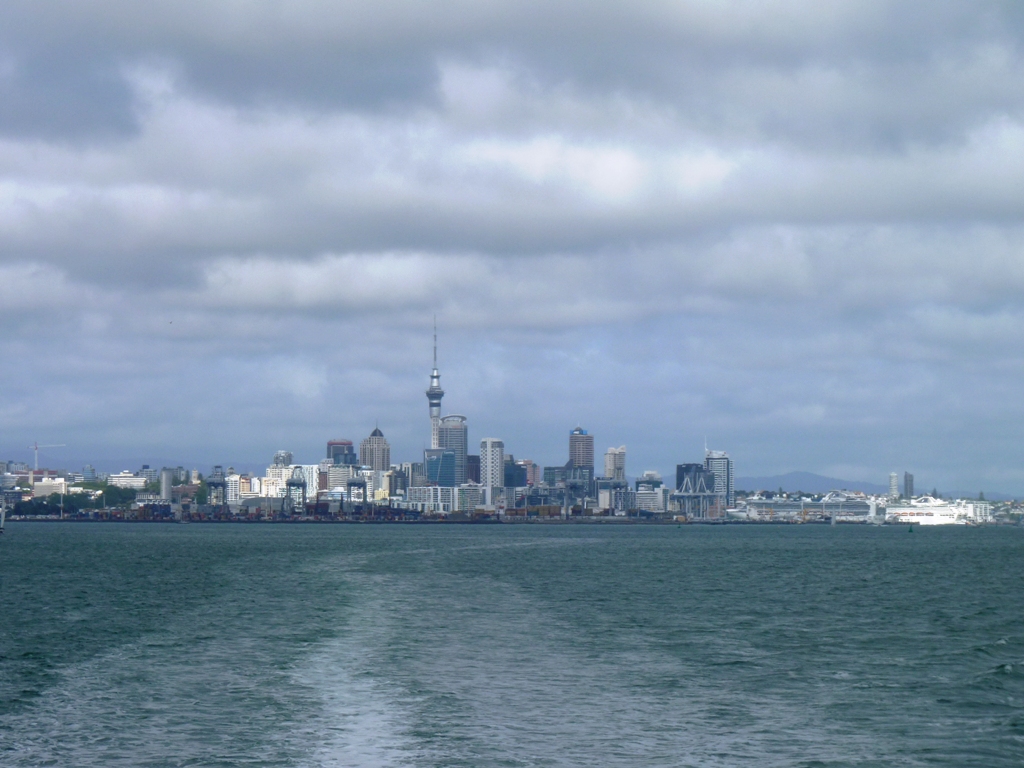 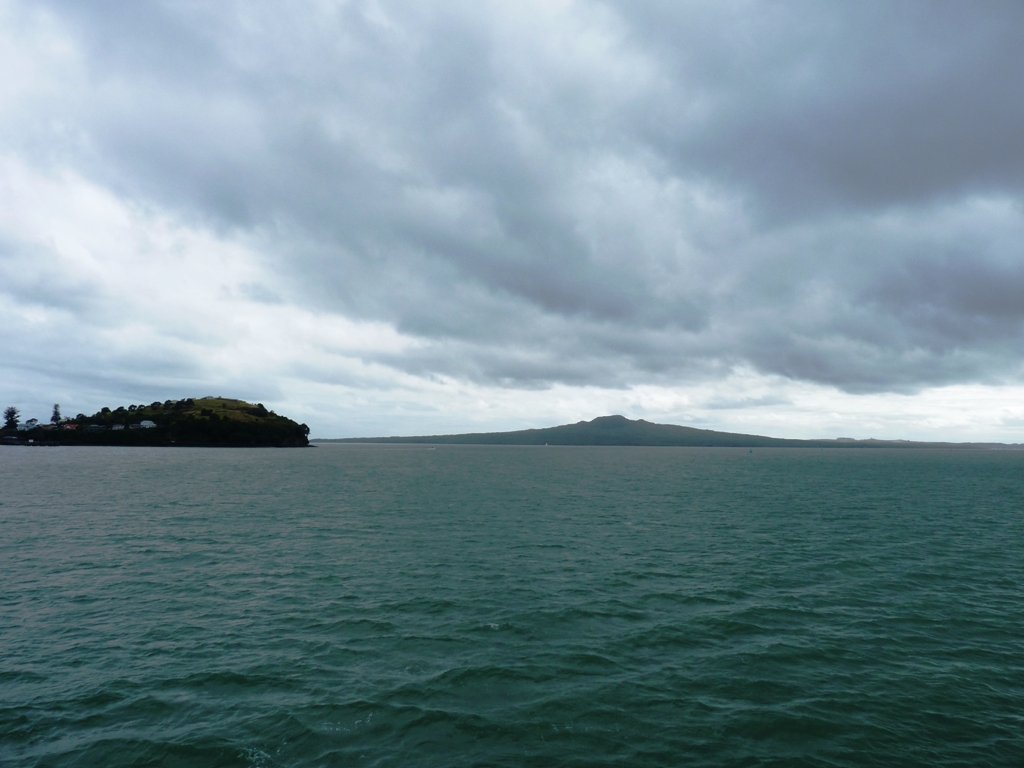 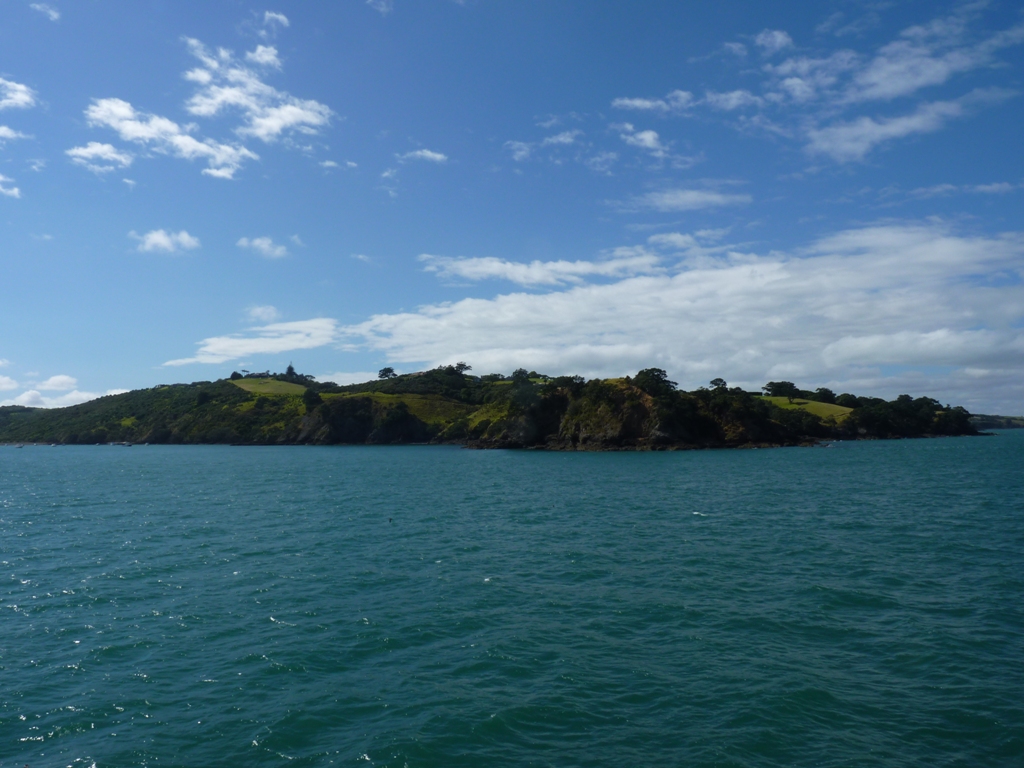 Once on the island all you have to care about is to remember that the shuttle runs every 40 minutes at each stop and that you should probably have breakfast or lunch before starting the whole adventure. We picked the Solar Brasserie in Oneroa, for the amazing views it featured. The food was very good as well. 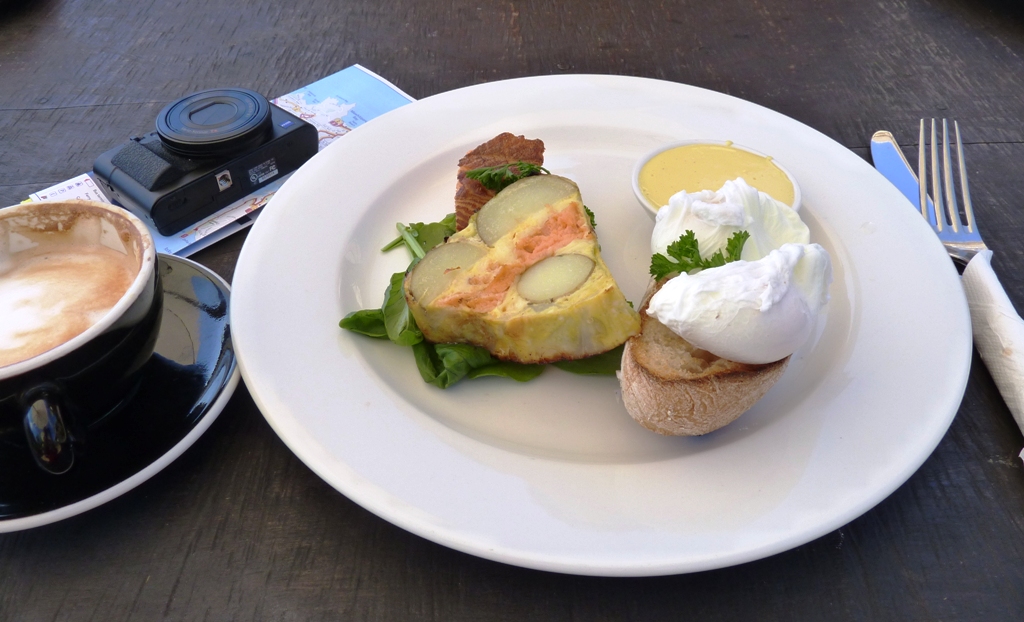 The first winery we stopped at was The Jurassic Ridge, our favorite by far. Lance, the owner, is a jack of all trades. In his previous life he was a neurologist, now he does everything for his winery. He plants, prunes, and does the tastings. You can tell he loves what he does from talking with him and hearing about his knowledge of the wine and the land he grows it on. He even has his labels hand painted to represent the geological layers beneath the soil. This level of attention is rare in the wineries we’ve visited anywhere. You can taste the difference in the wine too. The award winning Montepulciano is not to be missed. 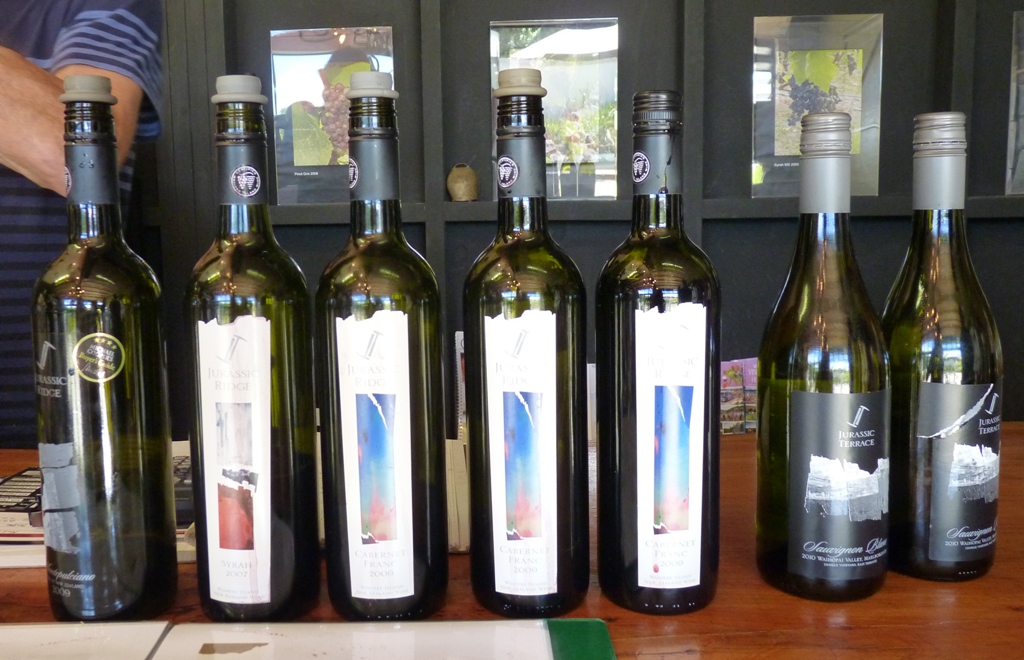 Our other favorite was The Obsidian. Very good wine, plenty of details about what you are tasting, and the hospitality you are greeted with are just a few treats of the place. While we were there we met a group from the hostel up the road and had a blast tasting wines with them. By the way, the winery is for sale, if you have a couple million NZD to spare. 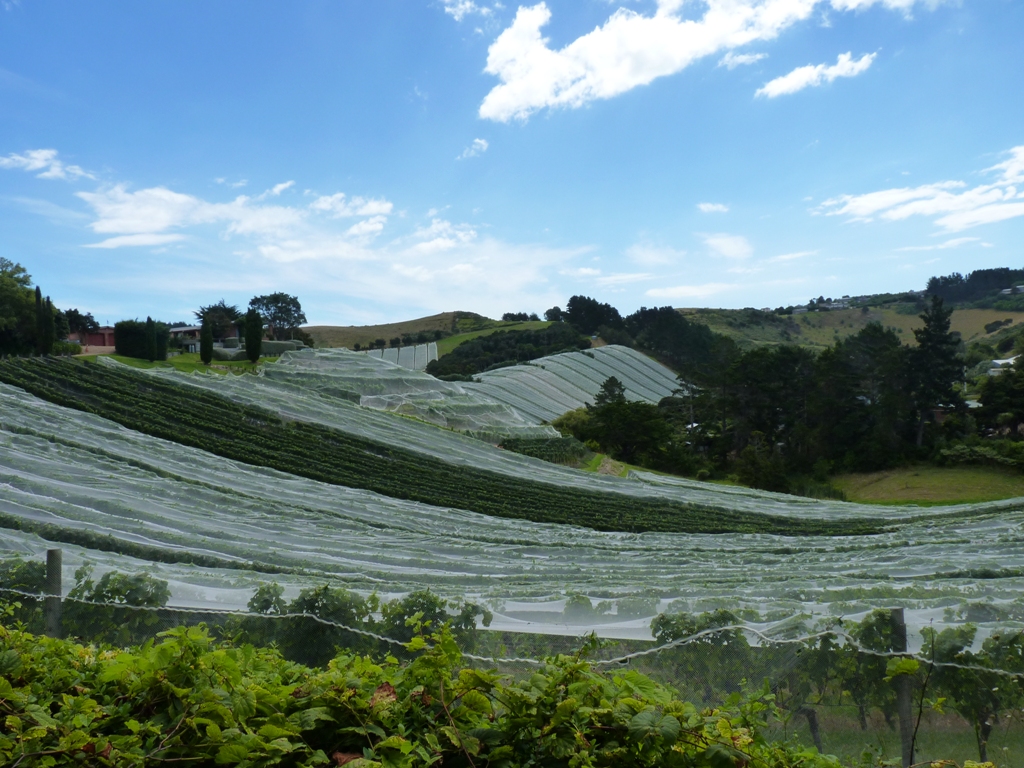 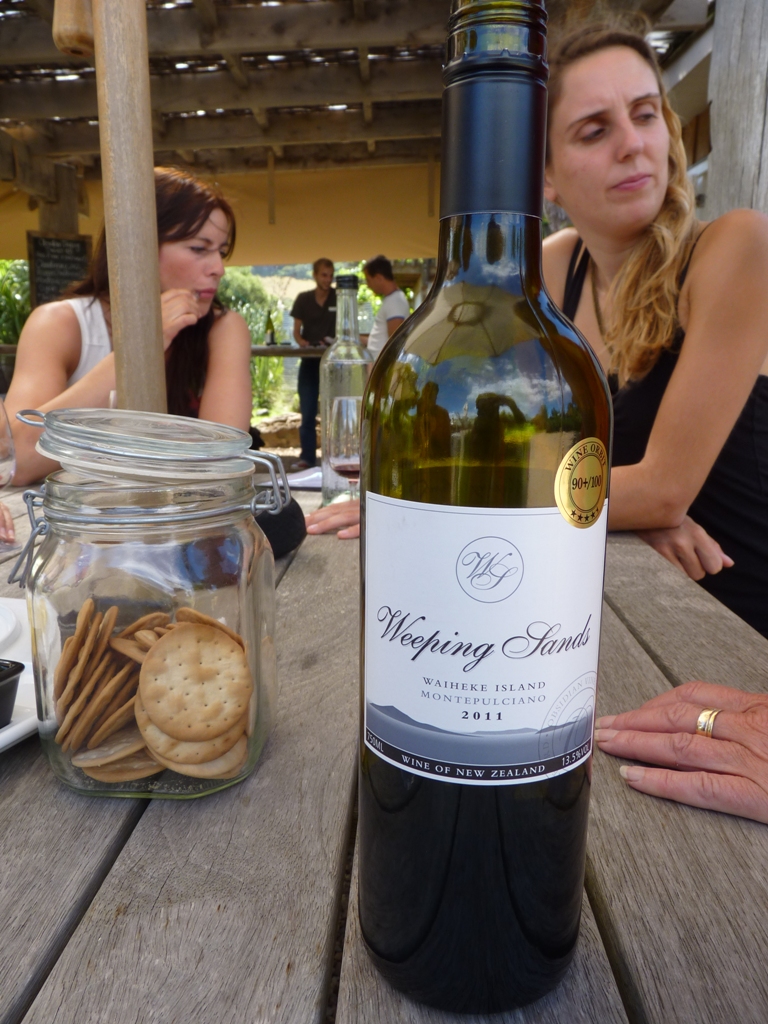 One of their best products, the Montepulciano

The 3rd runner up is Te Motu (translated from Maori as The Island), with both whites and reds and nice people that are willing to share some New Zealand stories and facts. 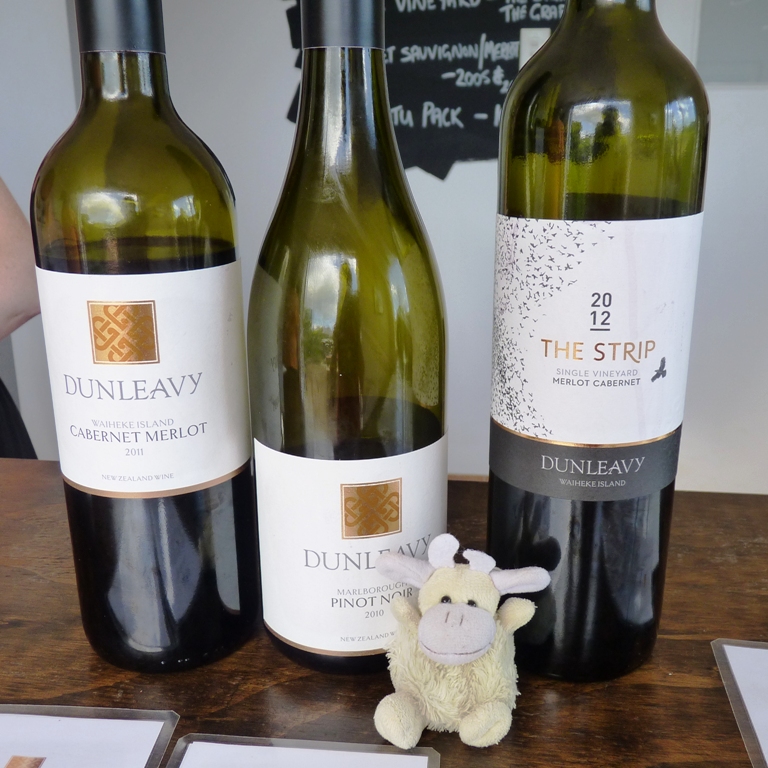 Reds and whites at Te Motu

We probably went to three or four other wineries, but none of them stuck out. Most were just too commercial. Maybe Wild on Waiheke would be fun if you are interested in sampling some locally brewed beer, have a good lunch and shoot a bow. 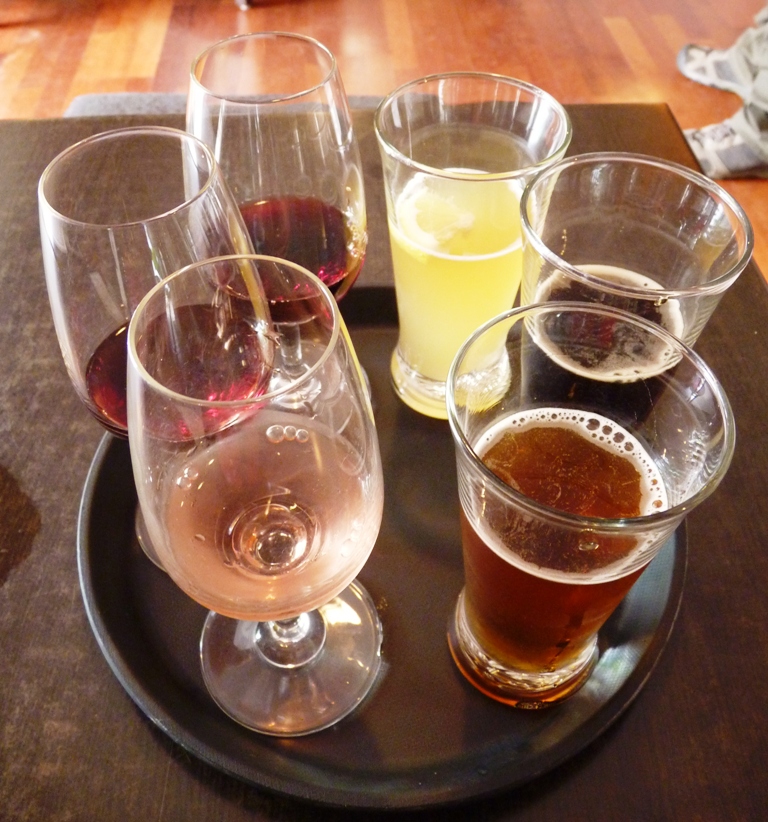 Beer samplers at Wild on Whiheke

For whoever is wondering, we ended up with 6 bottles of wine at the end of the trip. We would have gotten more if we had any space left in our backpacks! And we didn’t stumble back home, the ferry ride helped with that (read this as ‘short nap’ instead)